Divya Agarwal Trolled For Topless Photoshoot; Slams Them Saying, “Some People Go Crazy About It”

Divya Agarwal is a name that gained a lot of popularity after Bigg Boss season 11. It was the season her then-boyfriend Priyank Sharma entered the house and the two had an ugly public breakup. The actress has been quite active on her social media channels, offering insights into her everyday life. However, she recently posted a photo from a concept photoshoot, which made her followers go crazy. One can see Divya in a topless avatar hiding her body behind a bouquet of flowers. She was slammed and trolled for needing to go topless to gain popularity. However, she did not let that get to her and slammed everyone. 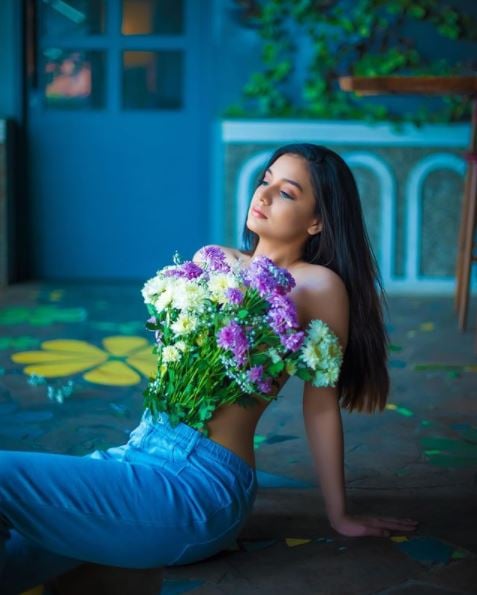 Speaking to ETimes, Divya Agarwal said, “I genuinely don’t think much about it. I don’t think much about what to post. The trolls are a big headache, what to tell you. This shoot was for my own personal Instagram. I was trying to experiment. In the year 2020, I was at home it was so disappointing. You must know what I have been through. I thought of doing something which I have never done and was experimenting. It was never an intention to show off my body. I saw this concept and I really liked it and wanted to try it. There is nothing more to it.”

She added further, “People are thinking that since I am not working on the screen, this is the only way to be in the popular circle. This is so wrong. I just kind of lash it out every time such things happen. It doesn’t affect me but I want to just tell people that this is a very wrong approach to life.” 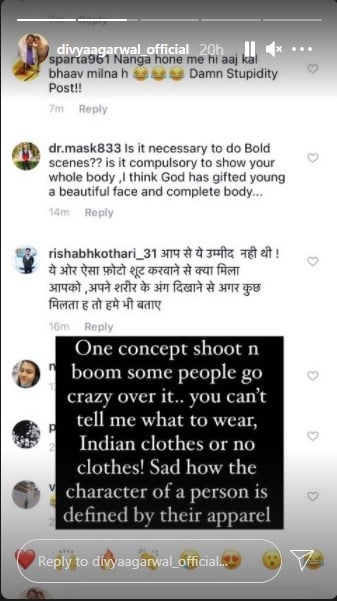 Not only that Divya also reacted to fans’ comments stating that her doing the topless photoshoot was only for publicity. She told the portal, “One concept shoot and boom some people go crazy over it. You can’t tell me what to wear, Indian clothes or no clothes. Sad how the character of a person is defined by their apparel.”