On the occasion of Karwa Chauth, actor Govinda presented a car to his beloved wife Sunita Ahuja. Govinda shared photos with Sunita on Instagram to give fans a glimpse into the festivities.

In the first photo shared by him, Govinda was on the terrace with her wife after the festivities and both looked amazing. Govinda dazzled in a red kurta-pajama and a blue Nehru jacket. Sunita Ahuja wore a stunning red sari with traditional ornaments. The couple gave their thousand watts smile while posing for the pictures. For the second photo, Govinda and Sunita were standing in front of their new BMW car. 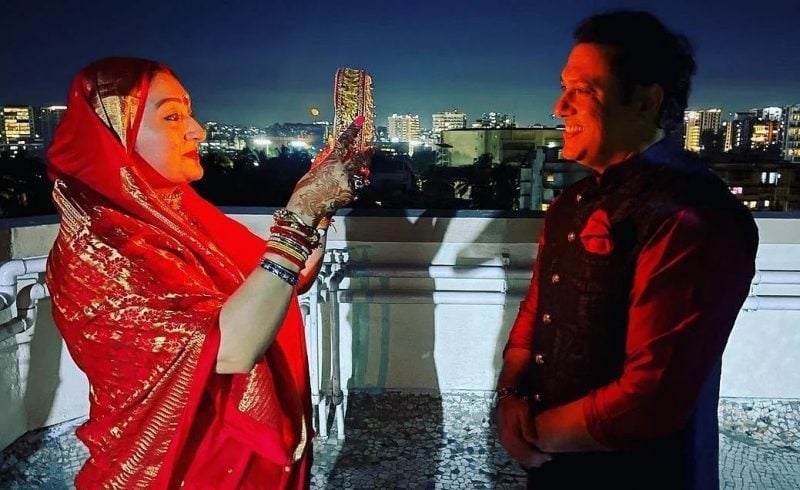 Govinda shared the photos and titled the post, “To my best friend, the love of my life, the mother of my two beautiful children. Happy Karva Chauth. I love you (red heart emoji). My love for you is immeasurable. Par aaj ke liye es chote gift se measure kar lena (emoji, winking face with tongue)”.

“You deserve all the happiness in this world and more. Love you my Sona! @officialsunitaahuja #Happykarwachauth #truelove @bmwinfinitycars.”

Sunita Ahuja also shared several posts and pictures on her Instagram as she performed the rituals of Karwa Chauth. She posted on her page, “Happy Karvachauth to all my friend’s god bless you all.” 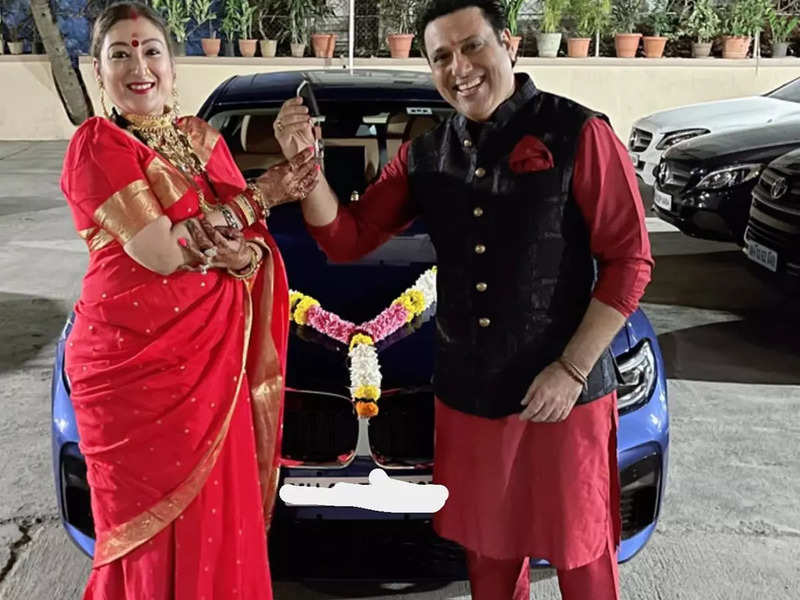 Govinda and Sunita got married in 1987. The couple has two children, pretty Tina Ahuja (daughter) and handsome Yashvardhan Ahuja (son). The enthusiastic couple on the occasion 25th anniversary renewed their wedding vows in London, in the presence of their close friends.

The couple was recently seen as a guest on The Kapil Sharma Show. The show became the center of controversy after Govinda’s nephew Krushna Abhishek, a performer from the show, abstained from the episode.

Krushna and Govinda-Sunita are involved in a family feud since 2016. During an interview, Krushna mentioned, “When I learned that they (Govinda and Sunita) would be appearing as celebrity guests in the upcoming episode, I didn’t want to be a part of it, so I didn’t try to adjust my dates. I believe both parties don’t wish to share a stage.”