Indian Idol 12: Neha Kakkar Won’t Return Even For The Grand Finale- Here’s Why?

Indian Idol 12 will always manage to grab a position in the top 5 shows on Indian TV in terms of TRP. The show is approaching its end and we will get to see the winner on August 15. The top 6 contestants of this season are Pawandeep Rajan, Arunita Kanjilal, Shanmukhapriya, Mohd Danish, Nihal Tauro, and Sayli Kamble.

Neha Kakkar was one of the judges when the show started but had to resign when the show relocated to Daman due to restrictions imposed in Mumbai. She did manage to shoot for 1-2 episodes in Daman but later her sister, Sonu Kakkar replaced her as the judge. Her fans were quite optimistic and eager about her return to the grand finale. But sources close to ETimes have confirmed that Neha Kakkar will not be returning for even the grand finale of Indian Idol 12.

As per the sources, Neha has decided to take a break as she has been judging Indian Idol for the past seasons as well. It has become quite monotonous for her to continue with the show. She has worked hard for many years and has achieved a lot. At this time, she wants to set her priorities right. Now, Neha wants to spend some quality time with her husband Rohanpreet. In fact, Neha Kakkar’s social media accounts are flooded with pictures of her vacations along with her husband Rohanpreet. This is one of the reasons why she did not continue judging Indian Idol even after the team returned to Mumbai.

After Neha’s exit from the show, we got to see her sister Sonu stepping into her shoes as the judge of the show. With the way things are turning out, seems like Sonu will continue on the show till the end alongside Himesh Reshammiya and Anu Malik. 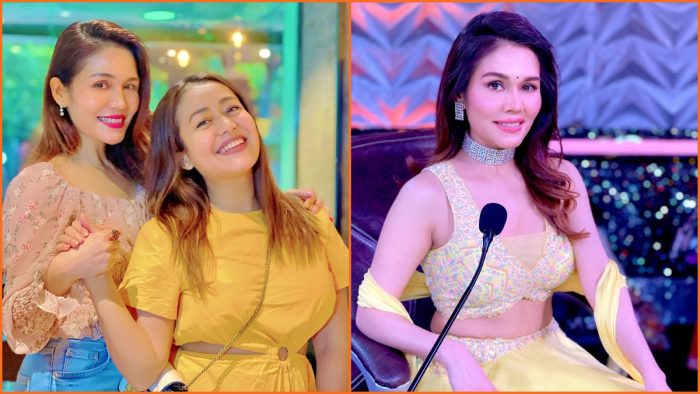 In the next weekend episode of Indian Idol season 12, the entire team will be seen celebrating and honoring the actor from the Golden Age of Cinema – Randhir Kapoor. The ‘Randhir Kapoor Special’episode will be dedicated to the veteran actor and contestants will be singing on his blockbuster songs.

As far as Neha’s presence in the Grand Finale is concerned, an official confirmation on the same is awaited.