Is Rubina Dilaik Out Of The Race Of “Khatron Ke Khiladi 12?” Checkout!

The 12th season of “Khatron Ke Khiladi” hosted by Rohit Shetty is making a lot of headlines these days. This time, some of the biggest personalities of the television industry have participated in the stunt-based reality show.

These names include Jannat Zubair, Rubina Dilaik, Shivangi Joshi, Faisal Shaikh, Pratik Sehajpal, Tushar Kalia, Chetna Pandey, Sriti Jha, Mohit Malik, and others. Now, the viewers are eagerly waiting to see who will emerge as the winner of the show. There were rumours that Rubina Dilaik has won this season of the show, but that doesn’t seem to be happening.

If we go by the current reports, then Rubina Dilaik and Jannat Zubair, who were in the top five, have been evicted. It means that the top three contestants are Faisal Shaikh, Tushar Kalia, and Mohit Malik, who are all male contestants.

And, it is heard that Faisal Shaikh, who is a TikTok and social media star, has won the 12th season of “Khatron Ke Khiladi.” However, there is no confirmation on all these, as they are all speculative. Now, it remains to be seen whether these speculations come true or not. 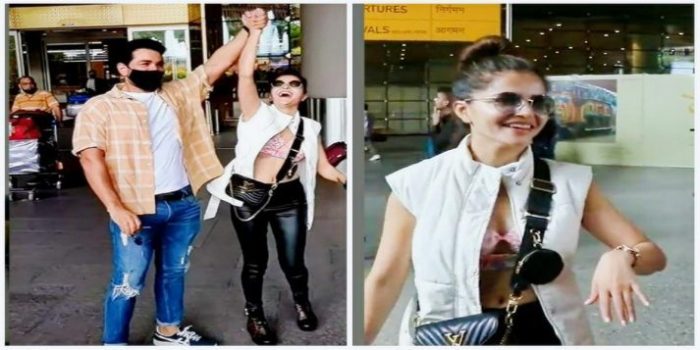 It is worth noting that, in the last season, Arjun Bijlani won the trophy for the stunt-based reality show. Now, it will be interesting to see if the girl power can win the show’s trophy for this season or not.