ISRO Fails To Launch India’s Game Changer GISAT-1: All You Need To Know About It

The satellite failed to get launched today on a geosynchronous satellite launch vehicle (GSLV) at 5:43 a.m from the Satish Dhawan Space Centre (SDSC) at Sriharikota in Andhra Pradesh was a part of the GSLV-F10 EOS-03 mission.

On 11 August, the Indian Space Research Organisation (ISRO) informed that the countdown has already begun for the launch of India’s “eye in the sky” – the GISAT-1 Earth observation satellite (EOS) and just before the country’s Independence Day celebrations,  the much-touted event of launching this satellite was scheduled. 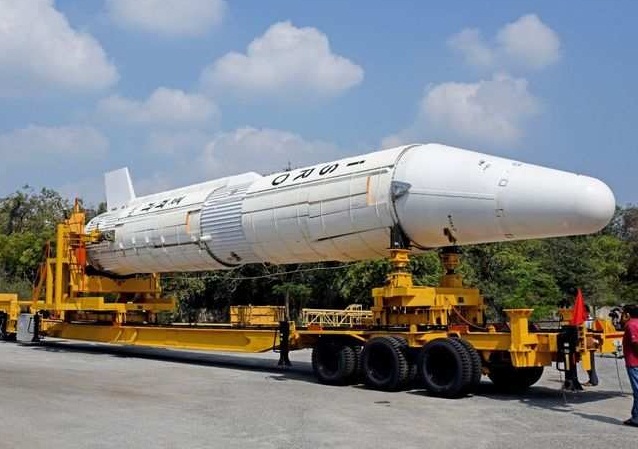 The GISAT-1 satellite launch was termed as a game-changer for India because of its functionality in Geosynchronous Transfer Orbit, before moving on to the final geostationary orbit. A brief on the functionality and scope of this satellite with respect to India’s space ambitions are given below:

1. The Geo Imaging Satellite-1 (GISAT-1) was called India’s “eye in the sky.” This is because it was meant to keep an eye out on “locations of interest” for India.

2. Union minister of state (MoS) in charge of the Department of Space, Jitendra Singh had revealed that the Earth observation satellite would be sending ISRO 4-5 photographs from across the country daily, on the basis of which, the country would be able to monitor and respond to natural disasters and any other short-term events at an alarming pace

3. In addition to this, the GISAT-1 satellite would also obtain spectral signatures for agriculture, forestry, mineralogy, cloud properties, snow and glaciers, and oceanography, making researchers get a new vision on a bunch of issues.

4. ISRO planned to place the Earth observation satellite initially in the Geosynchronous transfer orbit (GTO) by the launch vehicle. GTO is a highly elliptic geocentric orbit that serves as an intermediate step for satellites before reaching their final orbit most of the time. The apogee of GTO Earth orbit is 42,164 km (26,199 miles) above sea level, which denotes a geostationary altitude. 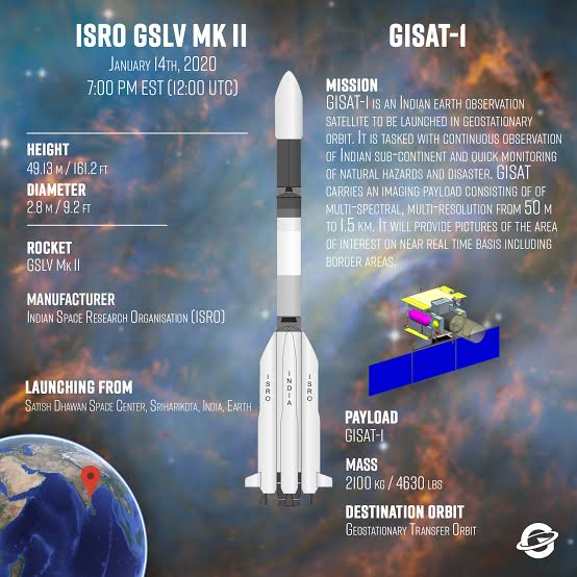 5. EOS-03 was to appear motionless in space once in orbit since it would have traveled at the rate of rotation of the planet. This was important since the geostationary satellite would not have to constantly readjust its position, paving the way for round-the-clock, real-time monitoring of key areas of interest to India. The motion is observed in low-Earth satellites,

6. The GSLV-F10 rocket by ISRO would have installed the 2,268-kg state-of-the-art agile satellite GISAT-1 in the geosynchronous orbit. This spacecraft, codenamed EOS-3, would have flown on the fourteenth flight of the GSLV.

7. ISRO also made some changes to the fairing capsule used in its satellite. The space agency was sending an Ogive-shaped payload measuring a diameter of 4 meters for the first time.

The GISAT-1 launch was originally slated for March 5 last year but it got delayed in view of the coronavirus disease (Covid-19) pandemic and other technical glitches. It was later rescheduled twice before finalizing on August 12.

ISRO will now form a Failure Analysis Committee (FAC) which will work to analyze the reasons for anomaly. The mission will probably get rescheduled soon.