On Monday, Karan Johar and the lead stars of the film announced the release date of Rocky Aur Rani Ki Prem Kahani. The film will open in theatres on February 10, 2023. Sharing a montage of some BTS clips from the sets of his film featuring Ranveer Singh, Alia Bhatt, Dharmendra, Jaya Bacchan, and Shabana Azmi. 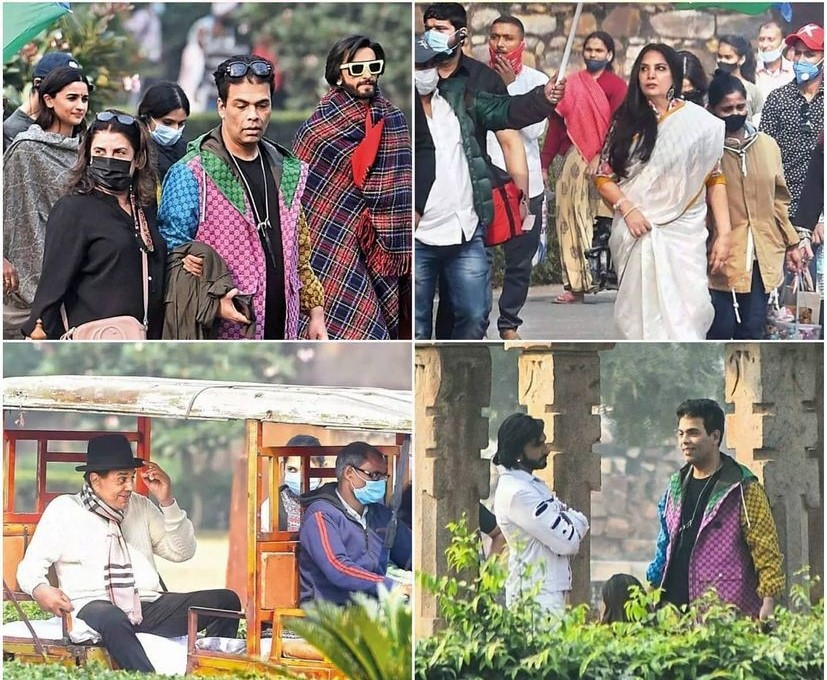 Alia Bhatt and Ranveer Singh are currently in New Delhi shooting for their upcoming film Rocky and Rani Ki Prem Kahani with Shabana Azmi and Dharmendra. The cast of the film also includes Jaya Bachchan.

In the trending photos, Alia Bhatt looks stunning in a red and white saree while Ranveer can be seen sporting a white shirt and ripped jeans. In some of the images, director Karan Johar can be seen having brief conversations with Alia, Ranveer, and choreographer Farah Khan.

Karan Johar wrote: “After 7 long years, it gives me such joy and gratitude to be here and announcing that my next #RockyAurRaniKiPremKahani, a love story at its heart with the soul of family values – is releasing on 10th February 2023. See you in cinemas with an abundance of entertainment that we are getting ready for you!”

Alia Bhatt and Ranveer Singh have previously worked together in Gully Boy. Their film Rocky Aur Rani Ki Prem Kahani was announced on Ranveer’s birthday in July. The film stars Dharmendra, Jaya Bachchan, and Shabana Azmi as the “family” of Rocky (Ranveer) and Rani (Alia Bhatt).