As per the latest tweet made, KRK says that Akshay Kumar, Ajay Devgan, and Karan Johar are selfish people. 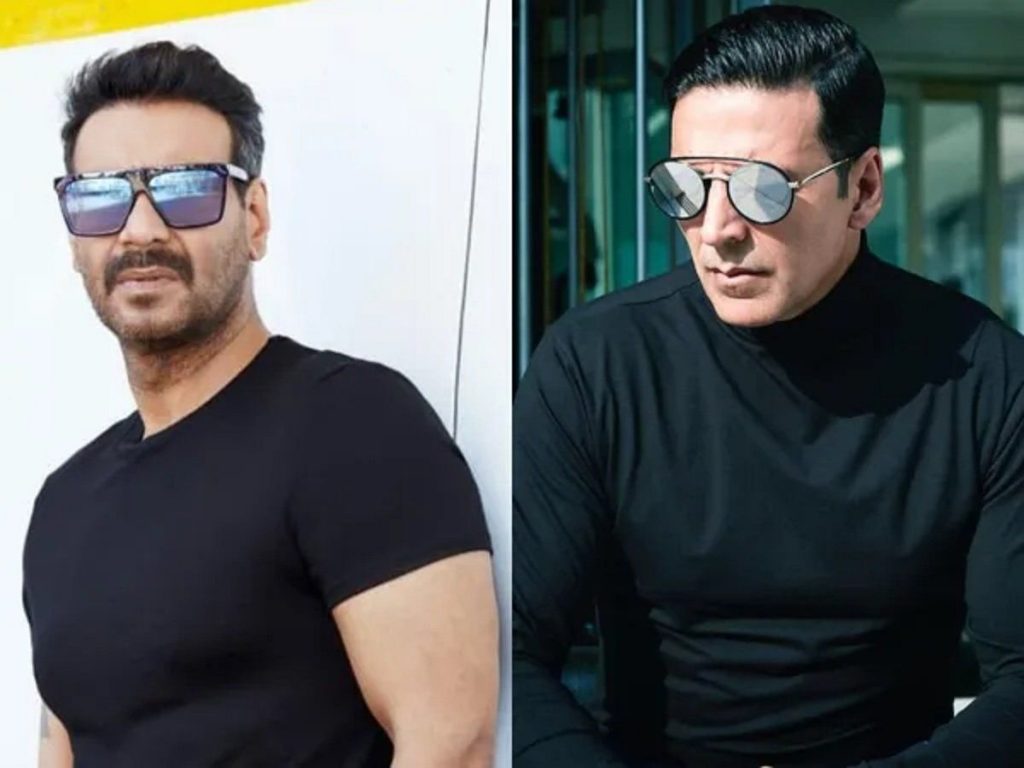 After calling Kangana Ranaut for her hypocrisy, Kamaal R Khan aka KRK is now back at Akshay Kumar. But wait, not just Akshay, this time Ajay Devgan and Karan Johar too are on his radar. Below is all you need to know.

The self-proclaimed critic is known for making some controversial statements against Bollywood celebrities. Even though he faces extreme criticism for his remarks, one can’t forget his huge influence on a certain segment of netizens. His following of 5.1 million is enough to show his popularity on Twitter. 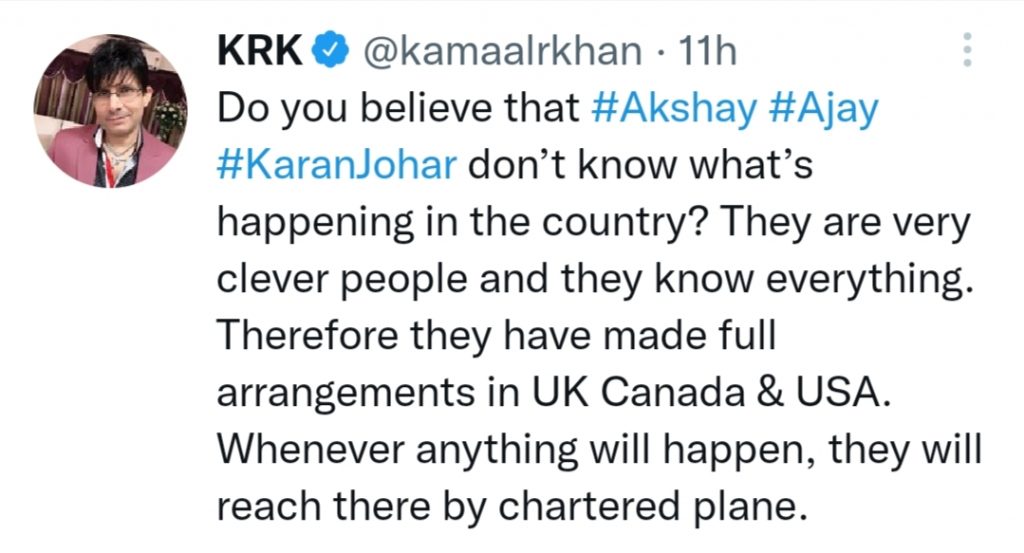 As per the latest tweet made, KRK says that Akshay Kumar, Ajay Devgan, and Karan Johar are selfish people. They are well settled in abroad countries and will leave India if something big happens here. “Do you believe #Akshay #Ajay #KaranJohar don’t know what’s happening in the country? They are very clever people and they know everything. Therefore they have made full arrangements in UK Canada & USA. Whenever anything will happen, they will reach there by chartered plane,” his tweet reads. 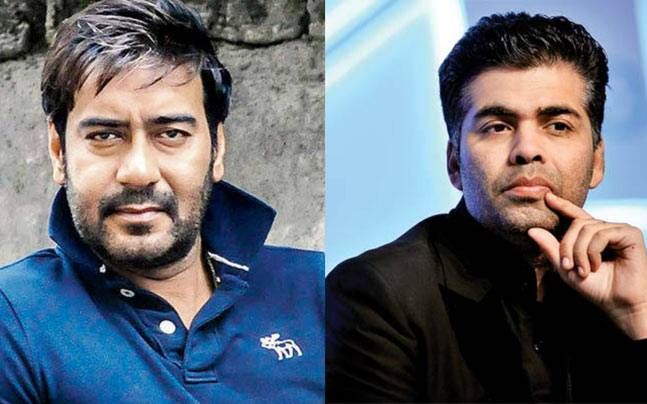 Of course, none of the three celebs will react to KRK’s tweet, but his words are surely creating an effect among his readers.

Meanwhile, a few days ago KRK slammed Kangana Ranaut for being a hypocrite. As per him, Kangana uses all foreign products but urges people to watch only Indian movies, especially hers.