Louis Tomlinson Suffers A Severe Arm Injury Amid ‘Faith In The Future’ Release And Is Forced To Cancel Events!

One Direction singer Louis Tomlinson, whose album Faith in the Future was released on November 11, said on Instagram, “I’ve managed to fall and break my right arm quite badly.”

Louis Tomlinson fans will have to wait a little longer to meet him. The artist just cancelled his forthcoming album signings in-store. 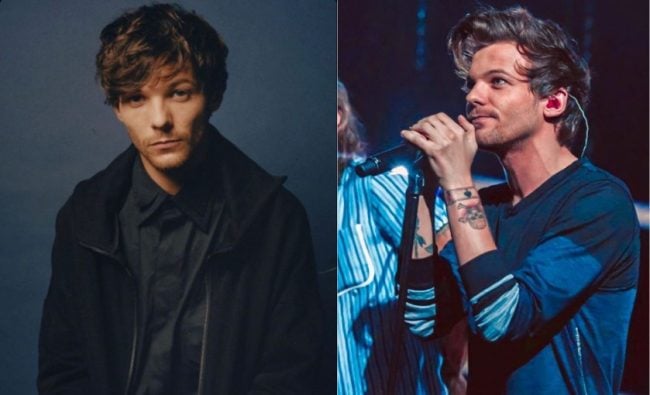 Following collapsing after his concert in New York City on Friday night, Tomlinson took to Instagram to inform fans that he would be cancelling planned in-store record signings slated for the coming week at his Faith in the Future pop-up events in the United Kingdom.

The former One Direction member stated that he fell after Friday night’s gig and broke his arm ‘quite badly,’ attaching images of his arm’s x-rays to his statement. Tomlinson pledged to reschedule the signings and expressed regret to fans who had planned to come.

“Thank you to everyone who’s listened to the new album so far, it means the world to me,” Louis said before sharing photos of the X-ray of his right arm with his fans. 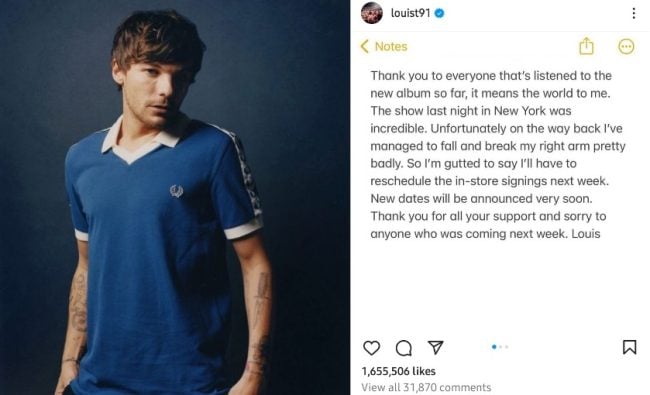 Tomlinson added that he was unfortunate to fall and break his right arm on the way back.

“It is with the deepest sadness that I inform you that I will have to reschedule the in-store signings for next week,” the singer said in a statement. Detailed dates will be announced soon, he promised. “My apologies to anyone who planned to attend next week. Thank you for all your help.”.

Louis Tomlinson is a former member of One Direction, a successful boyband. One Direction took a break in 2016 after one of its members, Zayn Malik, departed the band. It’s been over 7 years since all five members, Louis, Harry Styles, Zayn Malik, Niall Horan, and Liam Payne, performed on stage together. 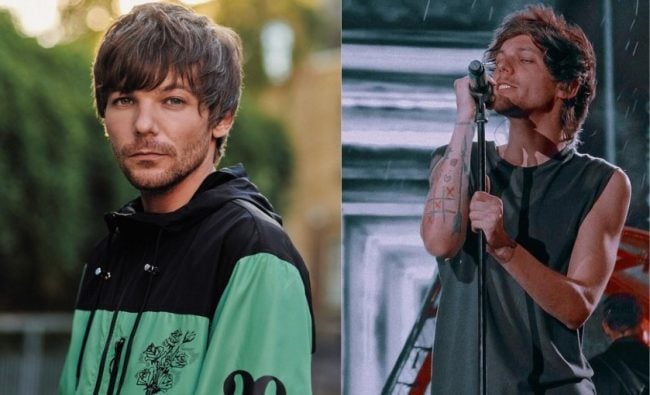 Previously, Louis, who rose to popularity on The X Factor in 2010 and went on to form One Direction, expressed his wishes for a One Direction reunion. In an earlier interview, Tomlinson stated that it would be a “tragedy” if he and his fellow One Direction members never reunited.

When asked about reuniting, he stated, “One day, there are a lot of moving parts, but it would be a shame if we didn’t. I’m hoping so.”