Bigg Boss star Tejasswi Prakash is a well-known name in the Telly industry. She has been a part of many successful daily soaps. She was seen in Bigg Boss 15. She is highly acclaimed for her role in the fictional show Naagin 6.

The actress is excited about the launch of her first Marathi movie. Tejasswi is playing the lead role in Ekta Kapoor’s fictional show Naagin 6 currently. She will be seen in the Marathi movie Mann Kasturi Re. She recently unveiled a poster of her upcoming film in which she is seen opposite actor Abhinay Berde in the lead role. 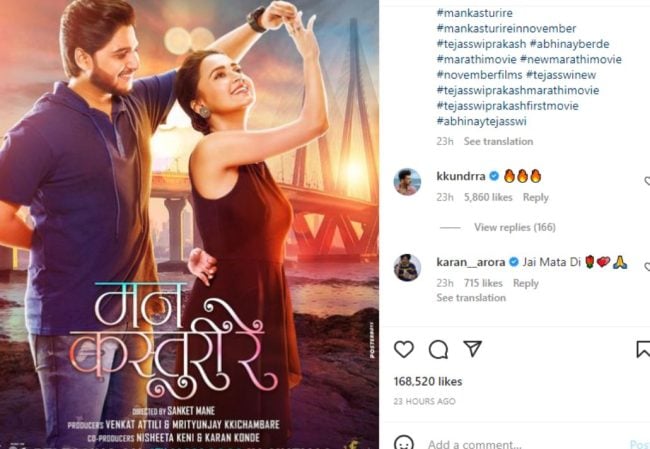 Television star Tejasswi Prakash shared a post. She is dancing with actor Abhinay Berde. She wore a beautiful red dress. Her hair is in a bun. Her makeup is very natural. She pairs it with stud earrings.

She captioned it, “The story of two minds decorating golden dreams in the sky of love..! Presenting the romantic poster of Abhinay Berde and Tejasvi Prakash’s movie ‘Man Kasturi Re’…! Happy Navratri to all.” Karan Kundrra commented. He commented on fire emojis. 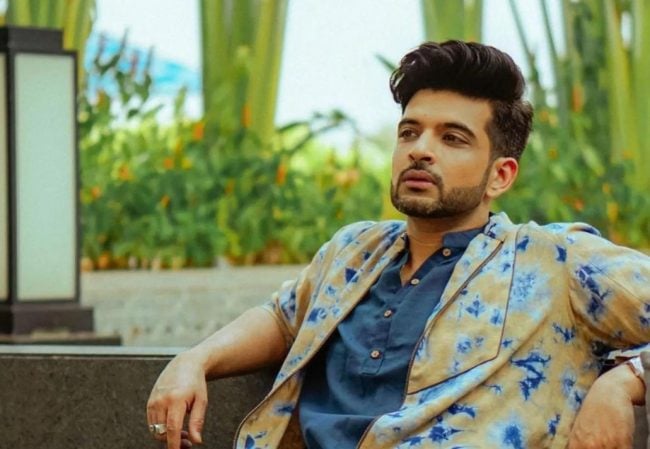 Reports said that Tejasswi will play the role of a college student in the movie. The film is going to be released on November 4, 2022. She has another Marathi film, which will hit theatres very soon. The film, School College Ani Life is directed by Vihan Suryavanshi. It is financed by Rohit Shetty. She will be seen with  Karan Kishore Parab in the film. Interestingly, she will play the role of a student in this film as well.