“Many Have Resorted To Violence And Are Still In The House,” Zeeshan Khan Questions Makers Of Bigg Boss For Their Rules

Former Bigg Boss OTT participant, Zeeshan Khan has recently questioned the makers of Bigg Boss about the rules of the show. Referring to the fights between Karan Kundrra-Pratik Sehajpal and Umar Riaz-Simba Nagpal, Zeeshan has taken to Twitter to ask if the rules are different for these contestants and him.

Zeeshan took to his Twitter handle and wrote, “Having been a big fan of the show before a contestant, I wonder why the rules are different for all who are on the same platform. Karan, Simba, and many have resorted to violence and are still in the house. Has the dictionary definition of violence changed? @BiggBoss @ColorsTV @justvoot #BB15.” 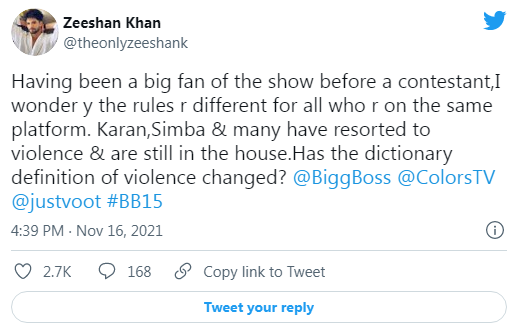 Earlier this month, a heated argument happened between contestants Umar Riaz and Simba Nagpal. Later, in the fight, Simba pushed Umar into the swimming pool after getting angry over Umar’s words. Last month, contestants Karan Kundrra and Pratik Sehajpal got aggressive with each other during a task. Their verbal fight ended up on a physical note when Karan grabbed Pratik’s neck in his arms and even threw him to the ground, almost like a ‘choke slam’ in wrestling. 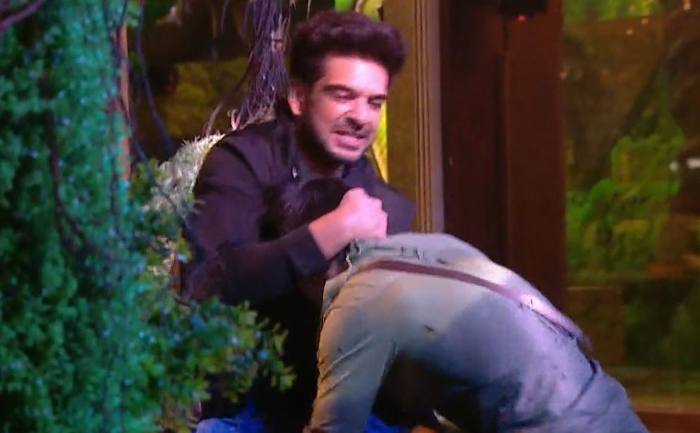 Meanwhile, Zeeshan was asked to leave the BB OTT house for breaking rules and becoming violent with Pratik Sehajpal and Nishant Bhat during a task. After his exit, Zeeshan had shared pictures on Instagram of all the injuries he got inside the house.

Later, Zeeshan had written on his Instagram, “A winner is defined as someone who triumphs, and truly I feel that I have won. What is a trophy, but a material object? What I have come out with is winning so much love and that truly makes me feel immensely happy and blessed. I’ve had an army outside, shielding me, fighting for me, and let me tell you that I’ve been numb the last few days just thinking how lucky am I to have had so many of you by my side!” 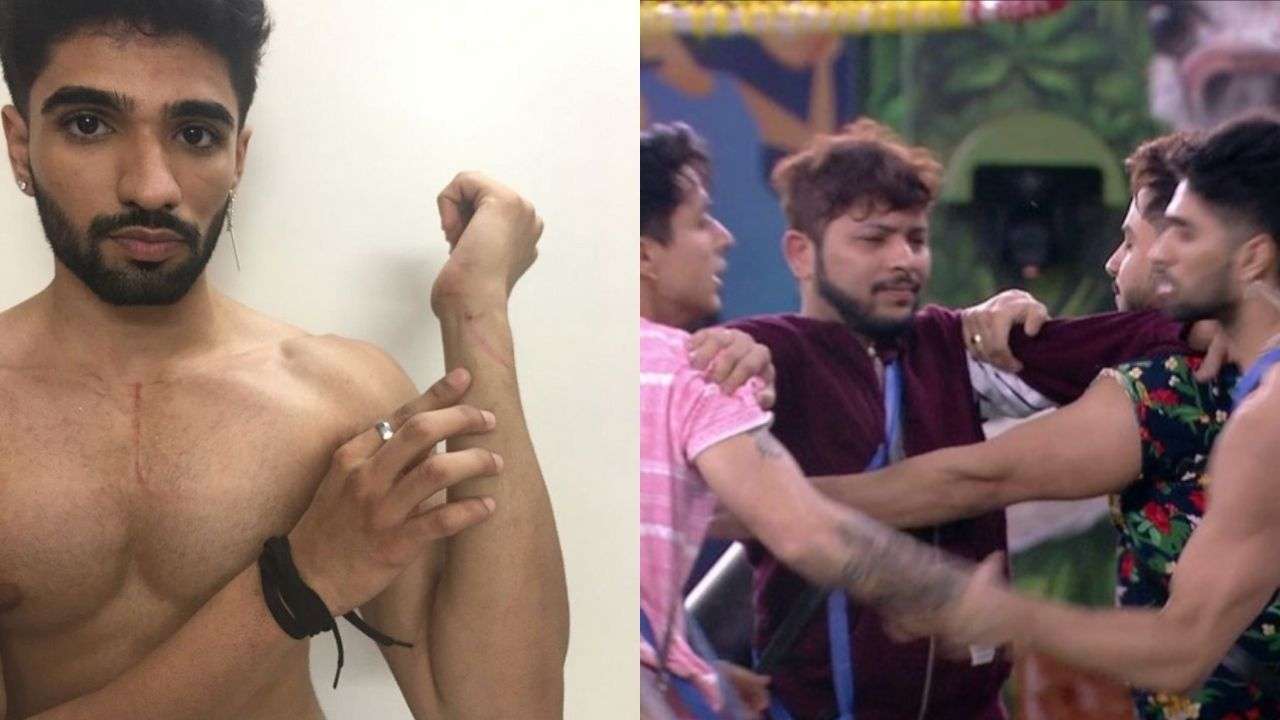 He further added, “And I want to tell all of you to divert all your energy towards positive thoughts as that’s the only way we can grow. Let’s discard all the negativity and move on because remember we don’t want to be pulled back but rather push ourselves up. I want to continue entertaining you, doing the most unexpected and questioning, growing, and being loved by all of you… Bring it on! Let’s go, guys!”