Actor Shahid Kapoor never fails to dish out some serious couple goals with his wife Mira Rajput. Despite having a busy shooting schedule, he has taken some time out for holidaying with his family. The picture-perfect family of Shahid, Mira, and their two kids- Misha and Zain is currently vacationing in Europe. Earlier, they were treating fans with their adorable photos from Switzerland and now, they are in Italy.

In the latest post, Shahid is seen pouring in some love over his wifey. The actor shared some loved-up pictures from their gateway. In one of the photos, Kapoor is spotted holding Mira tightly. The diva is sizzling in a backless outfit and is looking super stunning. 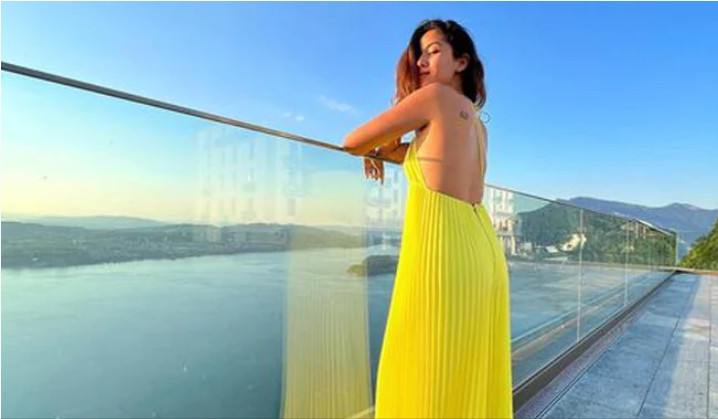 The young mommy Mira, who has an active social media presence, has also shared a photo of herself dressed in a printed, mini dress.

And surprising everyone, Rajput also shared some still photos clicked by her daughter Misha in the same ensemble. The photos included some stills of a flower vase, a vintage building, some colorful mats, etc. Alongside images, Mira appreciated the little lady and wrote, “Mish-cam going strong.”

Last week, amidst all the pleasant things, Mira Rajput also experienced something that had pissed her off. The resort where the couple was staying had disappointed the star wife with its limited food options for vegetarians. Sharing the same on her social media handle, Mira lashed out at the Hotel authorities and advised Indians or particularly vegetarians to skip it if ever they are visiting Italy. 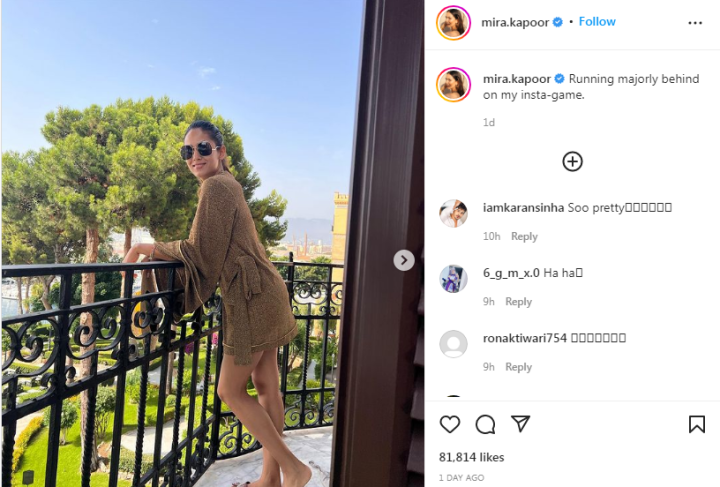 “Beautiful Sicily. Skip @verduraresortsicily if you’re an Indian or a vegetarian. Limited food options, without an attempt to make a vegetarian feel comforted. Poor linen and dirty sheets… Not one to complain but..let’s keep the list tight… Heading to Palermo! Ciao (victory hand emoji),” she wrote while schooling the resort.

She did not stop there and further talked about the difficulties of finding vegetarian food in the city at a time when veganism has become quite common. “At a time when veganism is a global movement and an accepted way of life (unlike 5-7 years ago when making anything without egg was unheard of), it’s disappointing when large hotel groups are insensitive to dietary requirements, even when informed in advance. Removing meat from any dish does not make you accommodating. And please–sliced fruit is NOT a dessert,” Mira added.

On the professional front, Shahid Kapoor’s last outing Jersey tanked at the box office. He will soon make his OTT debut with Raj-DK’s web series Farzi.