Mira Rajput Takes Revenge From Shahid Kapoor For Trolling Her; Here’s What She Did!

Shahid Kapoor and his wife, Mira Rajput are often seen indulging in fun social media banter. The fans are in awe of their cute camaraderie as they are getting a daily dose of it these days. Currently, the adorable couple is vacationing in Europe, and from there, they are posting some aww-worthy stuff on Instagram. Their sizzling photos with picturesque backdrops from the beautiful cities of Europe are grabbing headlines over the last few weeks. 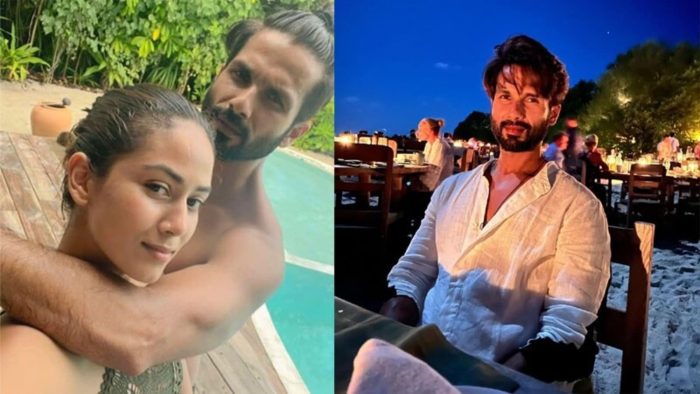 Recently, Shahid was seen taking a hilarious dig at Mira’s habit of using her mobile phone. He imitated her in a video when the two of them were sitting in a car. Now, seems like his wifey is in a vengeful mood. She captured Shahid when he was glued to his phone and took a funny dig by penning, “He thinks he’s very funny.”

Besides this post, Mira and Shahid also shared a picture of themselves waiting for their food in a restaurant. While Shahid captioned it as “Hangry,” Mira wrote “Going bananas” atop the selfie. 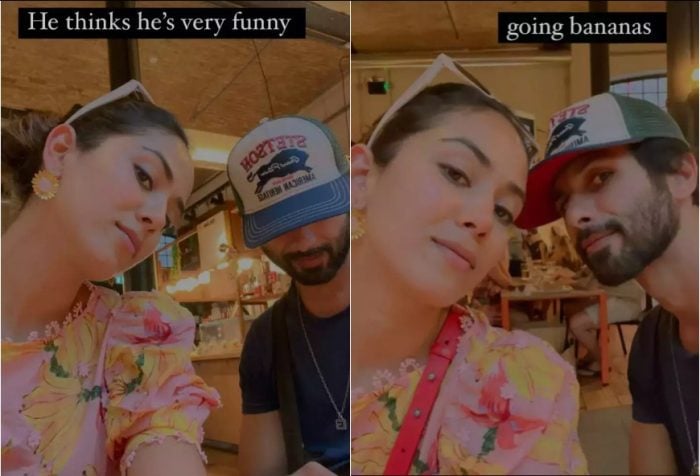 Mira and Shahid have two kids, Misha Kapoor and Zain Kapoor from their marriage. They have recently completed seven years of togetherness. Celebrating the same, Mira shared a romantic snap from her current Europe trip and showered her love for Shahid. She wrote, “The love of my life. Happy 7 baby. I love you beyond the itch and back.”

Shahid, on the other hand, wished his wife on their 7th wedding anniversary in a humorous way. He called her a survivor in their marriage. “7 down baby. Happy Anni you made it through 7 hard long years. You are a survivor. You a LEGEND,” Kapoor wrote on Instagram.