The number of corona infected patients is increasing continuously. Every day the news of Bollywood stars coming to Corona positive is coming. According to sources, the corona report of actress Mrunal Thakur has come positive. The actress has confirmed this by sharing a note on her social media account. 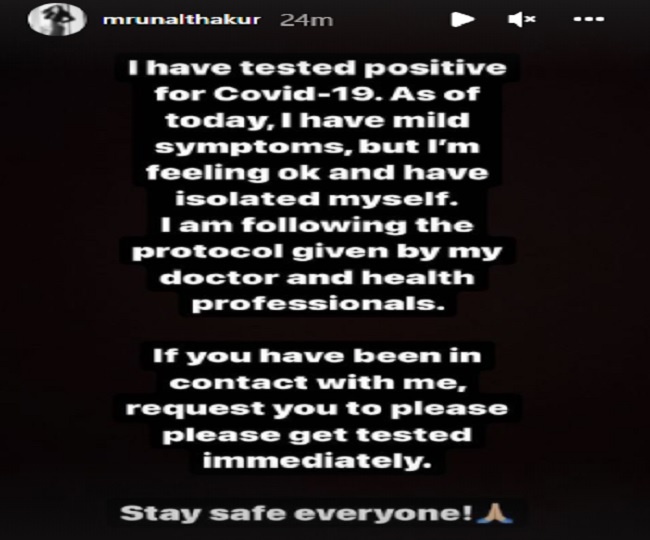 Mrunal wrote, “My corona report has come positive. Right now I am showing mild symptoms, but I am feeling fine. I have isolated myself. I am following the protocol given by my doctor and health professionals. If you have met me in the last few days, you are requested to kindly get the inquiry done immediately. Everyone stay safe.” 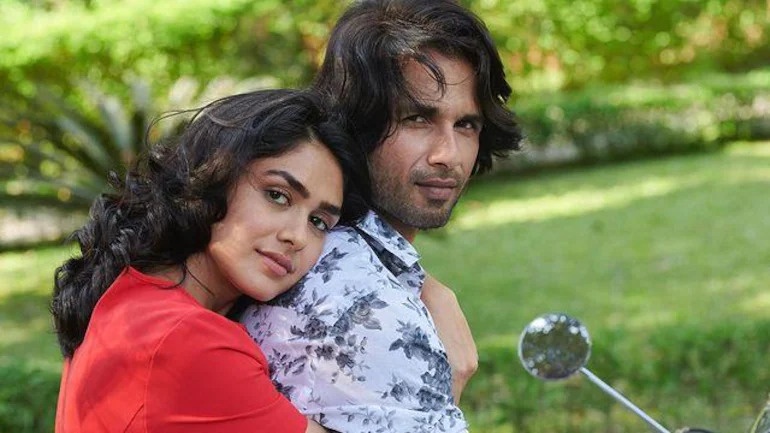 Shahid Kapoor and Mrunal Thakur will be seen together for the first time in the upcoming sports drama film ‘Jersey’. Shahid Kapoor plays a failed cricketer and a helpless father who wants to fulfill his son’s desire for a cricket jersey, while Mrunal Thakur essays the role of a working woman. 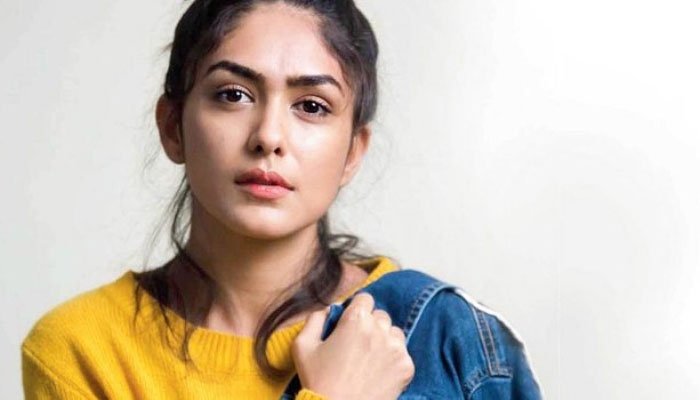 In an interview to the media, Mrunal discussed about one of the important scenes of the film. She told, “In this scene I had to slap Shahid and I was really nervous. Shahid pacified me and asked me to slap harder. To bring more life to this scene.” She said, “I was really scared. I didn’t want to spoil Shahid’s performance. I was going to stop thinking that it might not take too much. But Shahid helped me a lot in that scene. He told me, ‘You need to slap me harder.’ We did this scene in the first four-five days of shooting. I was trying to find the rhythm in my character and this scene helped me a lot.”