TV Actor Nakuul Mehta and his wife, singer Jankee Parekh welcomed their first child, Sufi on February 3 this year. Since then, both the celebrity faces have been sharing photos of the little munchkin without revealing his face. On September 3, their little bundle of joy turned 7-months. Nakuul and Jankee took this opportunity to share the first glimpse of their son with their fans and well-wisher who were eagerly waiting to get that one look of their little bundle of joy. 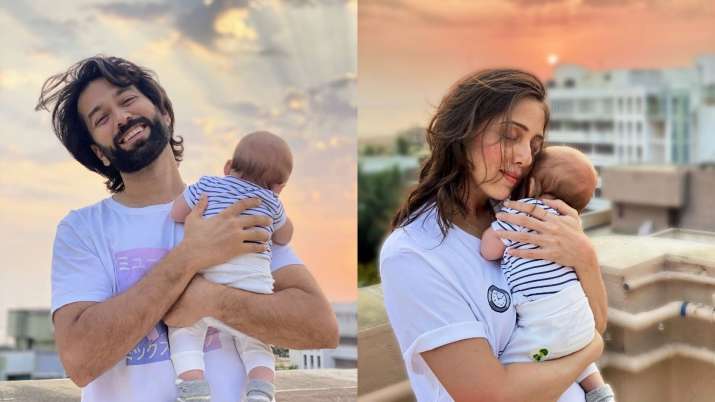 For the first time, fans got to witness the face of baby Sufi. Taking to Instagram, the couple shared a video featuring Sufi on their respective accounts. The starboy looks cute as a button. Have a look: 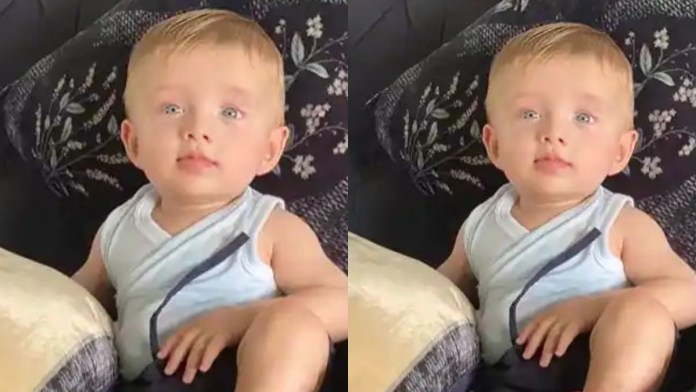 In the video, one can spot Sufi seated on a couch, with a large cushion supporting him at the back. He is seen giving various expressions in the clip as the camera records him in different poses. The blue-eyed boy is wearing a light blue T-shirt with dark coloured shorts. With several modes of Sufi being captured by the camera, the song I Get To Love You by Ruelle plays in the background of the video. He is also seen playing with his drawstring. The clipping ends with him laying down and crawling on the couch.

Alongside the video, Nakuul wrote, “Hi, I am Sufi and I am 7 months old today. It’s so nice to finally meet you. P.S. Letting my folks share this on my behalf ‘cause I got cool things to do! @babysufim…#happy7months #babyboy #happybirthdayson #sufim #babiesofinstagram #sufiandmaa #parenting #motherhood #fatherhood #growinguptoosoon.” 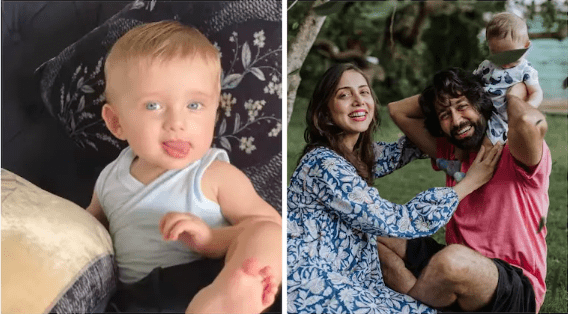 As soon as the video made it to the social media platform, friends from the industry and fans started flooding the comments section. Many celebs showered the baby with love. Shrenu Parikh who has worked with Nakuul on Ishqbaaz commented, “OMG … can I cry my (heart emoji) out! Please put a kaala teeka! He’s adorable.”

Ruslaan Mumtaz said, “Sooooo cute @babysufim you are just like your mom and dad.”

Singer Neeti Mohan, who has also recently welcomed her baby boy wrote, “Finally is pyare bache ke darshan ho gaye (Finally got to see the adorable baby). What a good-looking boy he is. The eyes uffff! God bless.” Some fans could be heard calling Sufi a ‘Poster Baby.’

Earlier this year, Jankee had shared that she had delivered Sufi through a C-section. She had also revealed that Sufi was diagnosed with Bilateral Inguinal Hernia and had to undergo surgery just after he turned two months old.

Nakuul and Jankee have known each other since childhood. The couple tied the knot on January 28, 2012. Nakuul is an actor while Jankee is a singer, voiceover artist, and stage performer. Nakuul has featured in serials like Pyaar Ka Dard Hai Meetha Meetha Pyaara Pyaara, Ishqbaaaz, and Never Kiss Your Best Friend. He is currently seen in Bade Ache Lagte Hai 2, opposite Disha Parmar.