Bollywood’s Badshah Shah Rukh Khan’s old video with Akshay Kumar and Saif Ali Khan standing outside the Thane jail to show his support to Sanjay Dutt has gone viral on the internet. The video was taken in July 1994, when Dutt was arrested and charged with terrorist and disruptive activities (prevention) under the Terrorist and Disruptive Activities (Prevention) Act.

Shah Rukh Khan had been caught on camera saying, “It feels awfully sad. I just pray that he… He is a very nice guy.” 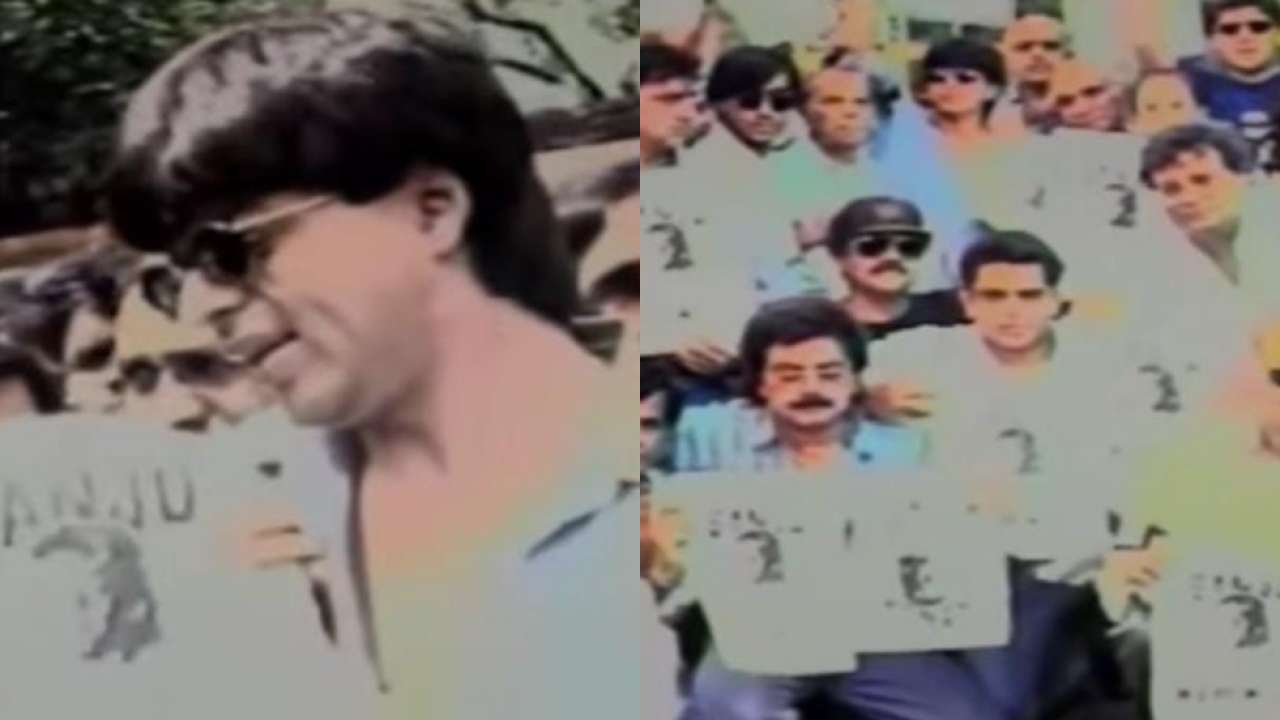 Asha Parekh had also given her views on Sanjay’s arrest. She is quited as saying, “Woh ek bohot bade, bohot achche, nek insaan ka beta hai (He is the son of a great and noble man),” in the video that is going increasingly viral.

For the unversed, Sanjay Dutt was cleared in 2007 of terror charges holding on him from 1993 Mumbai bombings. After serving his term, he was freed from the Yerwada Central Jail in 2016. 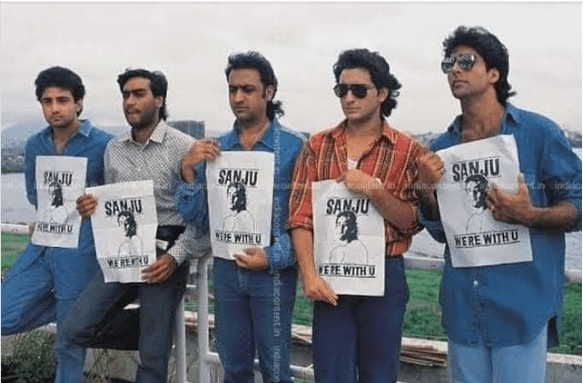 Some other known Bollywood faces also supported Sanjay in 1993

Shah Rukh Khan’s son, Aryan Khan is currently ruling the headlines because of his arrest during the Narcotics Controls Bureau (NCB) raid on a luxury cruise ship. The 23-year-old is serving in Arthur Road Jail.

As per media reports, in his plea, Aryan has said the Narcotics Control Bureau’s “interpretation and misinterpretation” of the WhatsApp chats collected from his mobile phone was “wrong and unjustified”. Aryan has also said that no contraband was recovered from him after the NCB raids on a rave party on October 2. He also claimed that he has no connection with any of the other arrested in the case except Aachit Kumar and Arbaaz Merchant.