Road Doctors: This Elderly Couple Has Been Repairing The Broken Roads For The Last 11 Years. Deets Inside.

An elderly couple in Telangana’s capital Hyderabad has set such a unique example of social service that people are proud of this couple. The social service of this couple has also dealt a blow to the Telangana administration and Hyderabad Municipal Corporation. In fact, Gangadhar Tilak Katnam and his wife Venkateshwari Katnam, who live in Hyderabad, have been filling road potholes with their own pension money for the last 11 years. According to the couple, so far they have filled 2000 pits across the city. 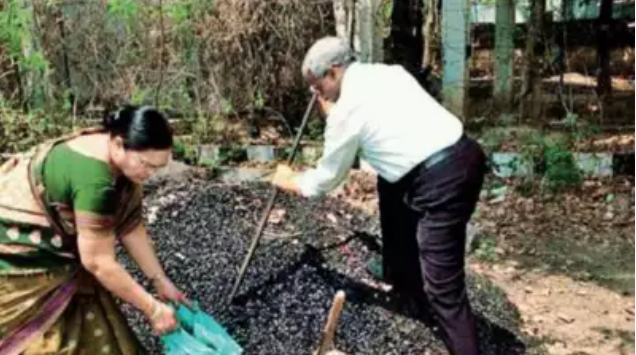 Gangadhar Tilak Katnam, 73, is also known as “Road Doctor” from Hyderabad. He has a car, which he calls a ‘pothole ambulance’. He goes out on the road with his wife and fills up any pits he finds. Gangadhar took this initiative when his complaints did not affect the officials. He saw that road accidents were increasing day by day due to potholes, so he himself started working to fill those potholes along with his wife.

Let us tell you, Tilak was an employee in the Indian Railways for 35 years. After retiring he came to Hyderabad to work as an engineer in a software company. Later, Tilak also left the job of a software engineer to fill the potholes in the road. According to Gangadhar, he arranges the necessary money for this work from his pension. 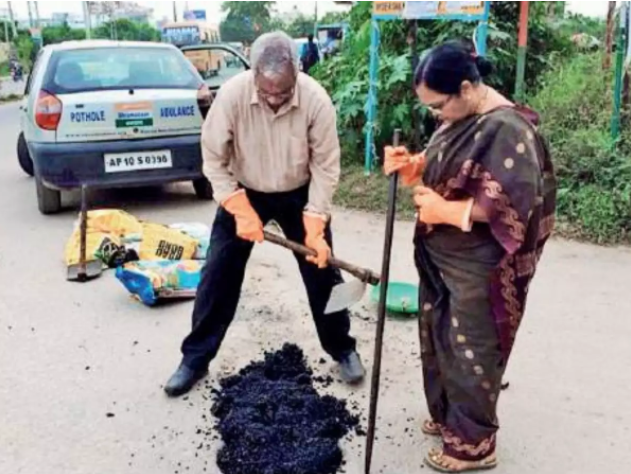 “In the last 11 years, I, along with my wife, have filled about 2,030 potholes in this city with an expenditure of about Rs 40 lakh,” he said. At present, because of Gangadhar’s work, the government officials have stepped forward to help him by providing him necessary materials. Gangadhar revealed that he also runs an organization called ‘Shramdhan’ for this cause, where people can donate voluntarily.