One of the most well-liked star children in recent years is Shanaya Kapoor. She has a huge social media fan base and occasionally surprises them with beautiful photos and videos even before her big Bollywood debut. Shanaya excels at keeping fans interested by sharing every pleasant occasion she has with her friends, family, and loved ones. About that, on June 26, the upcoming debutante took a trip down memory lane. 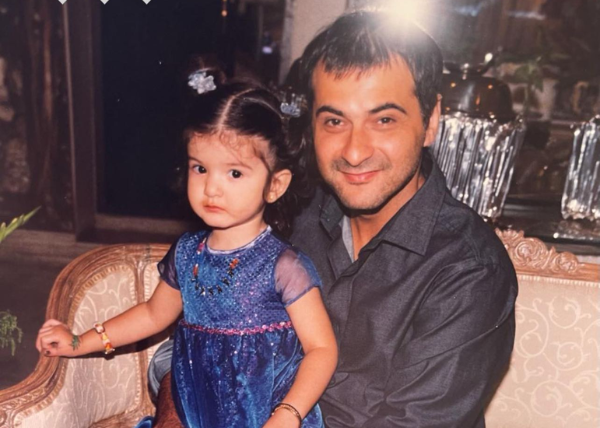 Shanaya shared an old photo of herself and actor Sanjay Kapoor with her father. Little Sanjay Kapoor can be seen in the picture sitting on his father’s lap. The celebrity kid added a few white heart emoticons along with the shot when she published it in the Instagram stories area.

In 2020, Shanaya began her career in Bollywood as an assistant director for her cousin Janhvi Kapoor’s movie Gunjan Saxena: The Kargil Girl. The Fabulous Lives Of Bollywood Wives on Netflix, featuring Maheep, Seema Khan, Bhavana Pandey, and Neelam Kothari, included her afterward.

In the meantime, Shanaya Kapoor will make her acting debut opposite Gurfateh Pirzada and Lakshya Lalwani in Shashank Khaitan’s upcoming film, Bedhadak, which is produced by Karan Johar’s Dharma Productions. Shanaya was one of the numerous Dharma talents, or the crop of promising performers, that Karan Johar’s production company Dharma fostered. Although the film’s creators have not officially announced its release date, it is expected to hit theatres in 2023. 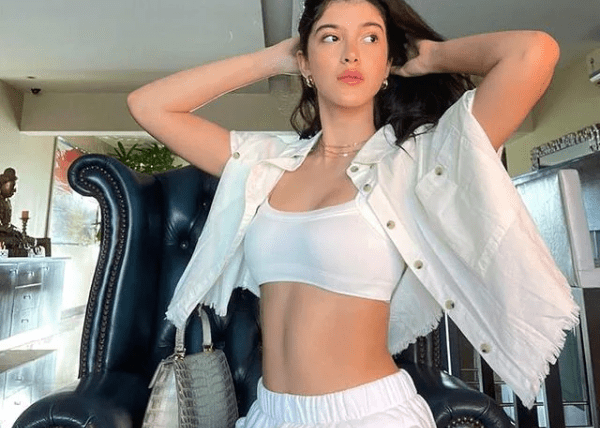 The movie’s characters were revealed by the director early this year on his social media. As Karan revealed Shanaya’s first glimpse from the film, she was introduced as “Nimrit.”

Meanwhile, Shanaya Kapoor made the following announcement in March of last year to share the news of her Bollywood debut. “Woke up today with the most grateful heart! Here’s to a great journey ahead with the Dharma Cornerstone Agency family. Excited to kickstart my FIRST FILM (ahh!) this July by Dharma Productions, can’t wait for you all to see what we’re up to! Stay tuned! #DCASquad.”

Talking about  Sanjay Kapoor, he most recently appeared with Madhuri Dixit in The Fame Game, and he is still featured in interesting OTT material. Maheep Kapoor, who last appeared in the first season of Fabulous Lives of Bollywood Wives, will shortly return in the popular show’s upcoming third season, which will air towards the end of the year.