Actress Shilpa Shetty is in a lot of discussion on social media about her fitness and dance. The actress often keeps motivating fans by sharing videos of her doing workouts and yoga in the gym. Now he has shared a photo of a book on his Instagram story, giving an example about being ambitious, happy, and doing what he wants. The picture shared by the actress read, ‘The desire to move on seems natural. We want to be famous, rich, powerful, or popular. We want others not to hate us, rather than to hate others. But ambition makes us focus so much on the goal ahead of us than what we get in the present. Forget enjoying it. 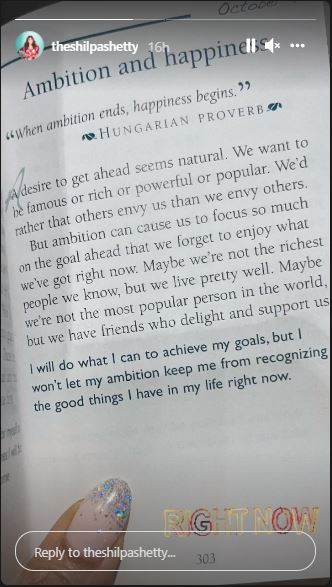 She further wrote, ‘Those we know are probably not the richest people. But we live very well. We may not be the most popular person in the world, we have friends like that. Those who make us happy and support us.’ On Tuesday, Shilpa also shared a motivational post on her Instagram story, in which she is seen in fighting mode and constantly motivating her fans to move forward. When Sanjay Mishra Said “Money” Was The Only Reason He Was Doing Office Office. 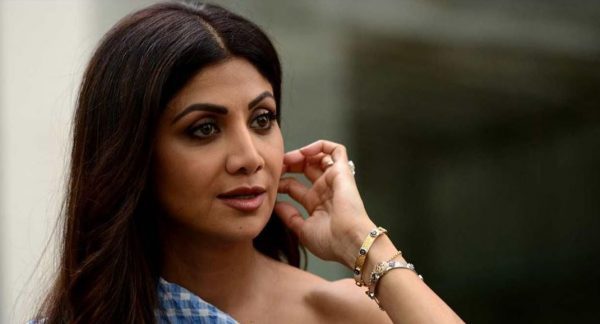 On the other hand, if we talk about her work front, then she is going to be seen in the film ‘Nikamma’ directed by Shabbir Khan. Abhimanyu Dassani, son of actress Bhagyashree and Shirley Setia will be seen in the lead roles in this film. He was last seen in Priyadarshan’s directorial Hungama 2. Shilpa Shetty, Paresh Rawal, Meejan Jaffrey are playing important roles in this film and this film was released on Disney Plus Hotstar. The film did not go as well as expected from this film. The first part of Hungama 2 in which Akshay Khanna played the lead role. That film was a super hit. Apart from all this, Shilpa will be seen as a judge in ‘India’s Got Talent’ and the show will be airing on Sony TV for the first time.