“They Are Cameos, Won’t Cheat My Audience!” Says RRR Director SS Rajamouli; Check Out Inside!

After a long wait, finally the most awaited film RRR is all set to entertain the audience on 7 Jan, ’22. This new year brings a blast of entertainment with SS Rajamouli directed and Alia Bhatt, Ajay Devgan, Ramcharan and Jr NTR starter RRR. The movie is already loved by the fans because of its strong star cast and director SS Rajamouli. Rajamouli is famous for the epic movie Bahubali – The beginning and Bahubali – The conclusion. The audience is expected so much from his next project RRR. 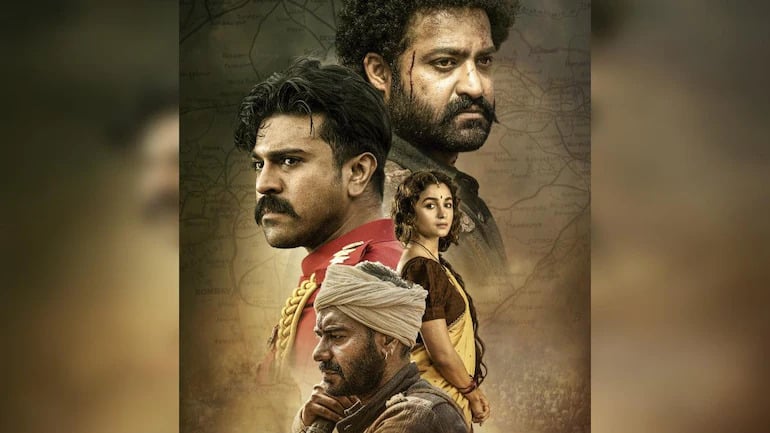 The whole star cast is now busy promoting their movie among the fans to attract them towards theatres. Last weekend, the whole star cast was visited Salman Khan’s show BB15 and had a lot of fun there. The director SS Rajamouli speak about the roles of Alia Bhatt and Ajay Devgn in her latest interview.

The director Said, “They are playing cameos in the film, I am not going to cheat the audience about it. In terms of importance, they are equally and sometimes they are more important than the heroes themselves. A role cannot be based on its length. Both Alia Bhatt and Ajay Devgn’s roles are very important. If we look at RRR as a body, then Ajay sir’s character in the film is its soul. And we know there are two forces, two powerhouses in the movie, and if there is one person who has to balance them, who has the ability and the strength to contain them, then it is Sita, played by Alia Bhatt.” “The theme of the movie set’s in the 1920’s, is a “fictitious story based on two legendary freedom fighters – Alluri Seetharamaraju and Komaram Bheem.”  The multilingual project was scheduled to hit the screens on October 13 this year. However, the film’s release date has now been shifted to January 7, 2022. Alia Bhatt is also will be seen in Sanjay Leela Bhansali’s next project Gangubai.