2021 will be remembered for prisons across the country. Tinka Tinka Foundation has taken a decisive step by bringing up prisoners together with melodies and music, as described in its motto, “creating rainbows behind the bars.”

Founded by Dr. Vartika Nanda, Tinka Tinka is a crucial component of the widely accepted model of prison reforms, pioneering a prison radio campaign in 7 of 19 prisons in the states of Haryana and Dehradun. As a part of these initiatives, at least 47 talented and well-deserving inmates received special training under Dr. Vartika Nanda’s supervision in Haryana since December 2020, following the successful establishment of the jail radio in District Jail, Agra in the year 2019. 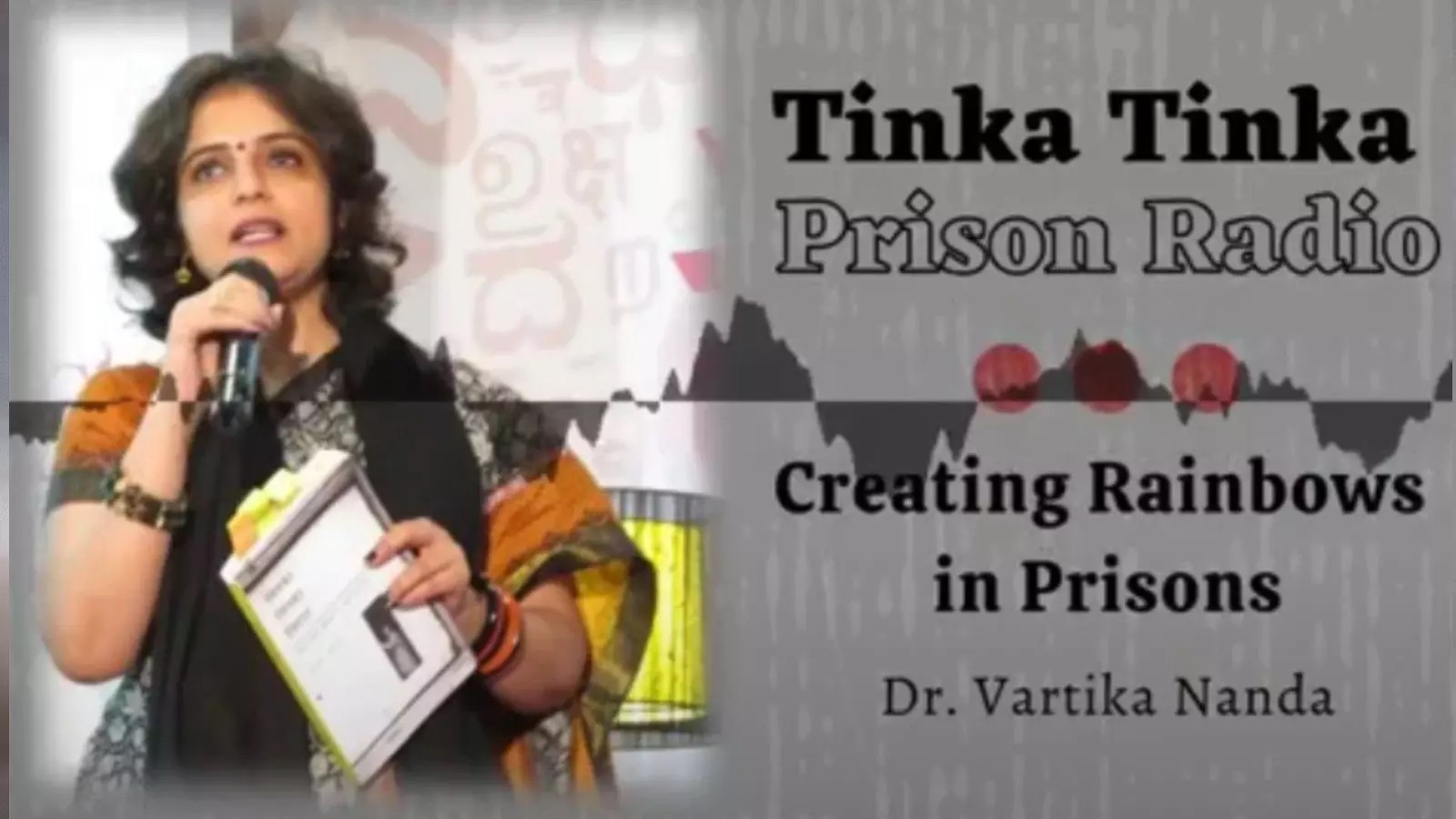 A melody that fills the melancholy atmosphere:

Five  musical compositions from the jails of Haryana and one from Uttarakhand were released this year by Tinka Tinka as an outcome of its prison radio movement fostering musical experiments in jails across India. These compositions include a song of Sheru, an inmate of Central Jail Ambala, which received appreciation by the former Union Health Minister on his various social media platforms. A song on Corona sung by inmate-turned-RJ Jitendra of District Jail, Rohtak, was also shared by the former Union Health Minister. A song sung and composed by RJ Kashish of Panipat Jail was released on Nelson Mandela Day. Tinka Tinka also facilitated 10 inmates of District Jail, Karnal, to release the prison’s theme song. Its 26th episode, released on the festival of Janmashtami, featured a special Ragini, a Haryanvi folk song, sung by three inmates of Central Jail (I), Hisar. Finally, Tinka Tinka also helped 14 inmates from Dehradun jail curate and release the jail’s theme song.

Platforms available to tune in to the songs:

Published and broadcast on Tinka Tinka’s YouTube channel, all these  songs symbolize the  courage and determination of the prison’s imagination.  YouTube Channel, Tinka Tinka Prison Reforms is the only channel in India dedicated to prison reforms and incorporating real prison voices in every episode. These episode podcasts have been created by Dr. Vartika Nanda. Google Podcasts, Spotify, and YouTube channels are the only platforms to tune in to the melodious rhythm created by the inmates.

Tinka Tinka Foundation is the brainchild of Dr Vartika Nanda, a prison reformer and media educator. Dr. Nanda, is credited for setting up a prison radio station in Haryana. These radio stations create a space for  new cultural life by providing prisoners with audio media to express emotions, thoughts and musical expressions with  society. In 2019, Dr. Nanda launched a prison radio at District Jail, Agra in the country’s oldest prison building. These radio stations were given special support by Shri Rajiv Arora, ACS Home, and Shri K Selvaraj, DG Prisons in their establishment. Shri Akil Mohammad, DG Prisons, has also extended his unconditional support to  this journey.

Dr. Vartika Nanda has been honored with the Stree Shakti Award from the President of India in 2014 for her efforts in prison reforms. Her work on prisons has twice found a place in the Limca Book of Records. Currently, she heads the Department of Journalism in Lady Shri Ram College, University of Delhi.