The researchers from the Chinese Academy of Sciences and the National Museum of Brazil have published their findings regarding new specimens of dinosaurs in Scientific Reports, part of the Nature family of journals.
According to a study published in Scientific Reports, two new species of dinosaurs-Silutitan and Hamititan have been discovered in Northwest China. In this particular region of China, there had been no evidence of dinosaur fossils before. Researchers from China and Brazil have said that the Silutitan specimen is estimated to be more than 65.6 feet long and the Hamititan specimen was 55.77 feet long, which makes them almost as large as blue whales. 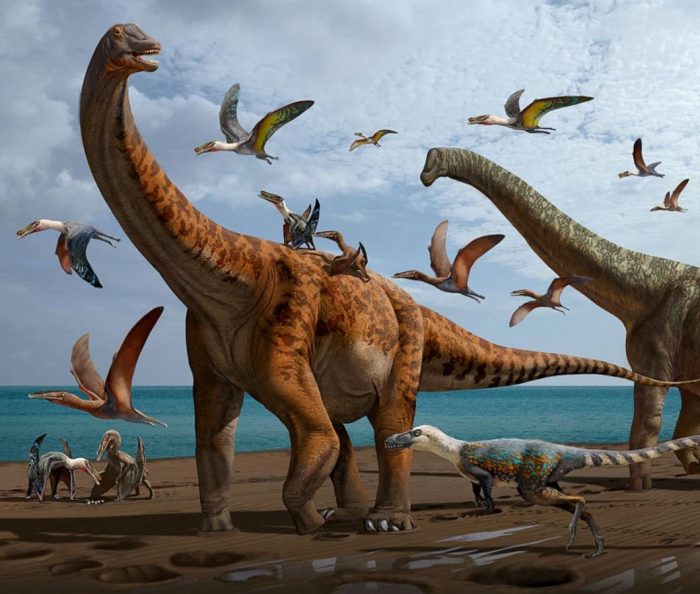 The species Silutitan Sinensis or “silu” and Hamititan xinjiangensis have been named after the place these fossil specimens were found in Xinjiang. The scientists have said that “silu” means the “Silk Road” in Chinese Mandarin pinyin, “in memory the great trade routes which connected the East and West”. “Hami” refers to the Hami city where the specimen was found.

As per the study, Silutitan Sinensis is a new species of Sauropod which was a plant-eating dinosaur and had a very long neck, long tail, large body, and small head. In the newly discovered species, there were some characteristics found in its neck vertebrae that indicate it belonged to a family of Sauropods called Euhelopodidae, which to date have only been found in East Asia. 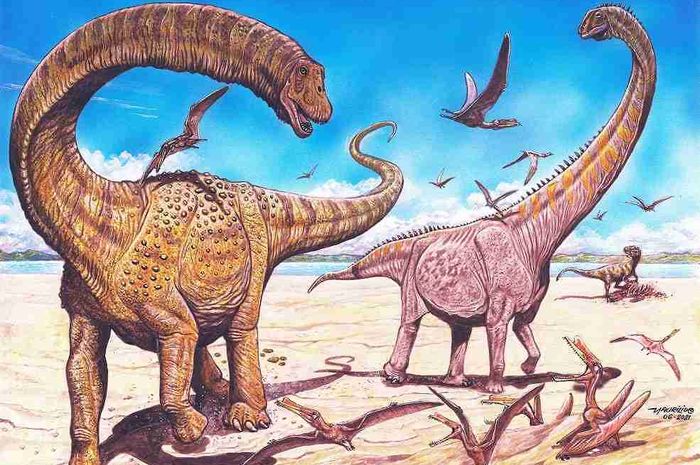 Researchers said Hamititan xinjiangensis is approximately more than 55 feet long and contains characteristics more similar to Sauropods found in South America. By its shape and ridges along the vertebrate, it looks like the specimen belongs to a family of Sauropods known as Titanosaurs, which were mainly found in both Asia and South America.

Alexander Kellner, the co-author of the study and director of the National Museum in Rio de Janeiro, told ABC News, “We were very excited about that part of the study, and now it’s kind of a puzzle that we have to understand.”

Kellner further said that they keep planning to find out more, adding they believe that nests filled with eggs and embryonic remains of the newly discovered species are hidden beneath the surface in the region. “We keep dreaming about finding dinosaur nests there. This is our greatest hope so far,” said Kellner to ABC News.

Earlier this year, in southeast China, there came evidence of a dinosaur preserved while sitting on a nest of eggs with fossilized embryos. Last year in September, another new species was discovered in Northeast China.