The rumors of Vicky Kaushal and Katrina Kaif’s wedding are ruling the headlines. Though the Bollywood duo hasn’t confirmed anything, many close sources have revealed that the wedding preparations are in full swing.

Vicky Kaushal and Katrina Kaif are all set to tie the knot in Rajasthan in the coming days. Ahead of their wedding, the Masaan actor paid a visit to his lady love Katrina on Friday night. Vicky was spotted wearing a casual blue sweatshirt and jeans. He also wore a brown cap and mask on his face.

Vicky left the bride-to-be’s house at around midnight. He was snapped by paps outside Katrina’s residence. This time, Vicky was not hiding but was much in a good mood. He posed for the shutterbugs, greeted them with folded hands, and gave them a thumbs up. His visit comes days before their destination wedding in Sawai Madhopur, Rajasthan. 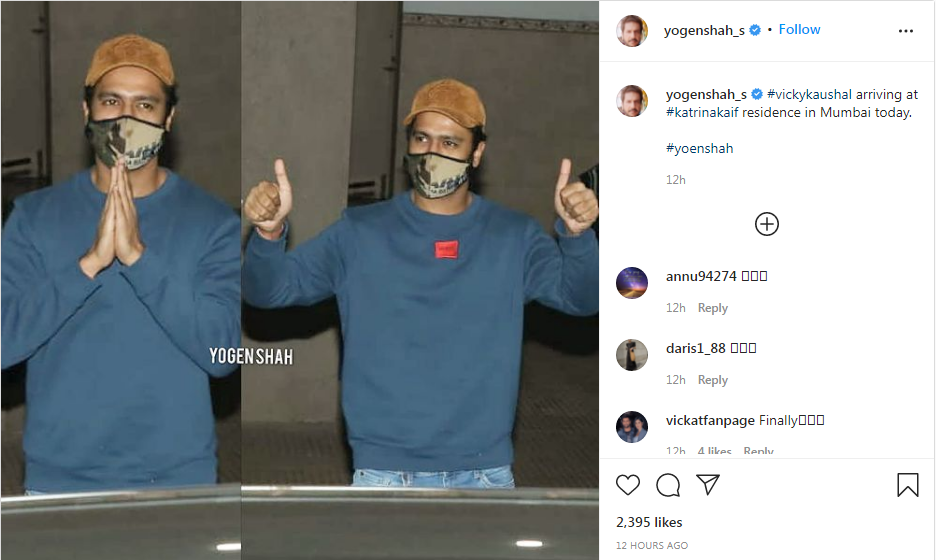 Although Vicky Kaushal and Katrina Kaif are maintaining silence over the reports of their wedding, more confirmations about the same are coming in every day. Recently, the news got confirmed after an order issued by the Sawai Madhopur district administration went viral on social media. The order was about a meeting to discuss security arrangements for the multiple-day wedding from December 7 to 9. 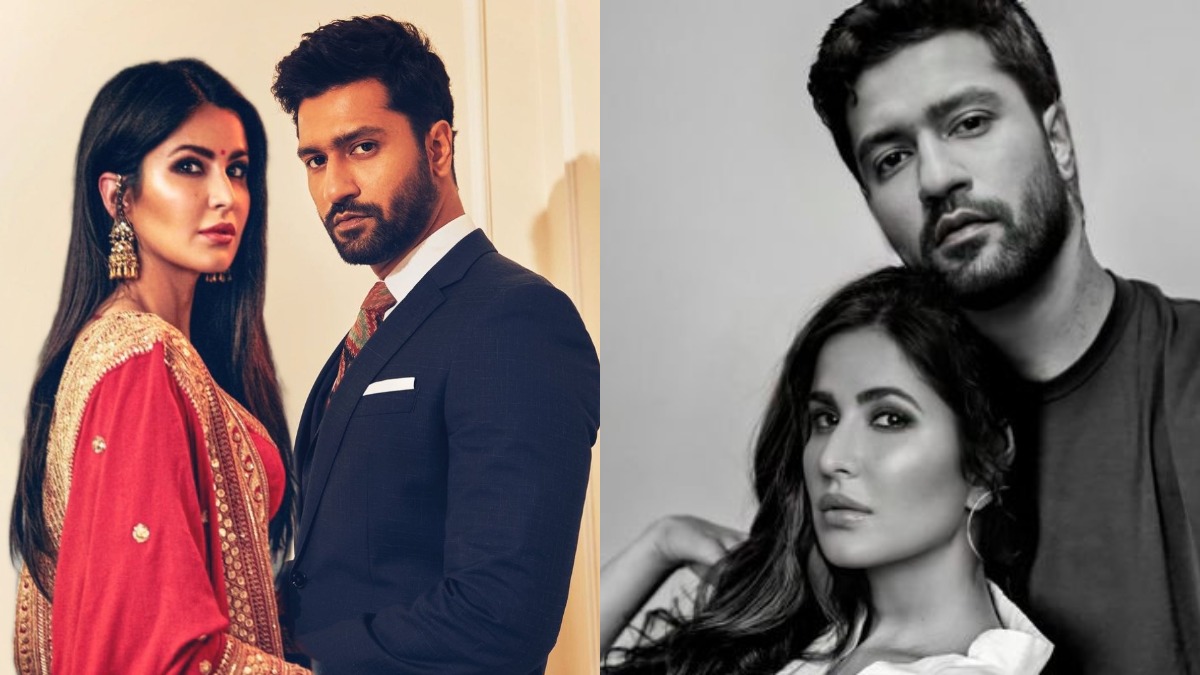 Reportedly, to avoid media glare, Vicky and Katrina have requested their guests to not bring their phones to the wedding festivities. It is also being said that they will be given code names to maintain secrecy.

Sources have revealed that Vicky and Katrina will get married in a royal set-up at a 200-year-old fort in Chauth Ka Barwara, near Sawai Madhopur. While the groom will stay at the Raja Mansingh suite, the bride will be at the Rani Rajkumari suite.