War Breaks Out On Twitter Between Sherlyn Chopra-Vir Das Over ‘Karnataka Hijab Controversy’; Deets Inside

Film actress Sherlyn Chopra has trolled Vir Das over the ongoing hijab controversy. In fact, she has targeted Vir Das by referring to the controversy in Karnataka. She wrote while targeting Vir Das, “We belong to a country where Muskan is rewarded for breaking rules while Harsha is murdered for advocating Uniform Civil Code in educational institutions. Vir Das, next time you must take it in your act.” 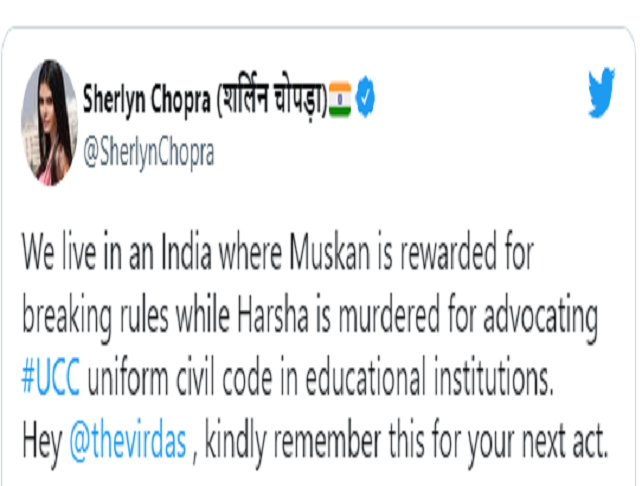 Responding to Sherlyn Chopra, Vir Das wrote, ‘Dear Sherlyn, I am still writing my next act. So it took some time. You know such things take time and research. I think you should do the same thing. Use the tips you have given me in the next act as well.’ 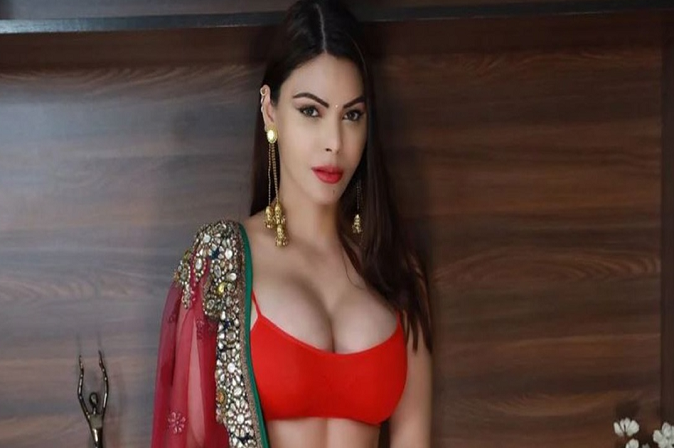 Sherlyn Chopra retorted to Vir Das and said, “Had you done your research seriously, if you had done your part of research then you would not have said that there should be two India. Emergency has not been imposed in India in protest against NRC, CAA, Farmers’ Law and Uniform Civil Code. It is because of this that people like you are successful in defaming India globally. It is worth mentioning that in the Hijab controversy in Karnataka, Muskaan was given a reward of Rs 5 lakh for opposing the hijab ban, while Harsha was awarded for opposing the Hijab.”

Sherlyn Chopra is a famous film actress. She has worked in many films. Her films have been well-liked. She is very active on social media. She often shares her hot and bold pictures and videos, which her fans like very much.