What! Jasmin Bhasin Got Secretly Married To Aly Goni, Shares Pictures In Red Bangles On Instagram!

Fans have started loving TV actress Jasmin Bhasin even more after Bigg Boss show. Actress Jasmin Bhasin was last seen in the reality show ‘Bigg Boss’. Where she played a very good game. But she had to leave the show midway. During the show, Jasmine came in a lot of discussion regarding her relationship with her best friend Aly. Suddenly Aly took a wildcard entry and Jasmine’s happiness knew no boundaries.

Since then, the example of friendship of both is discussed on social media. Even after Bigg Boss, both of them are always seen together, during the events, even on weekends or holidays, Jasmine and Aly go together, both of them keep posting pictures of each other on their social media. Due to which the fans guess that both are in a relationship. 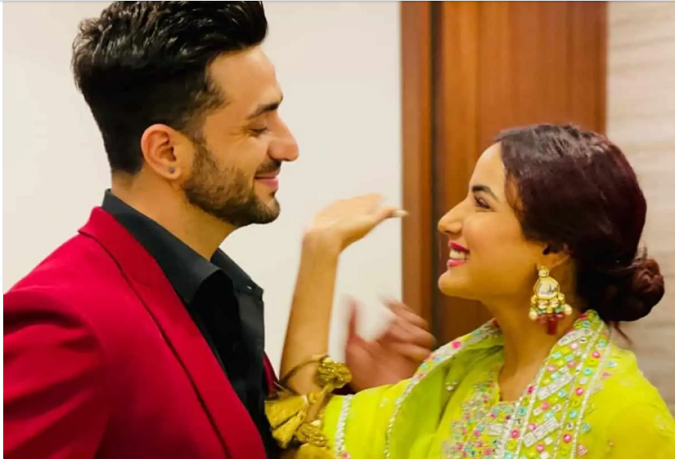 Although Jasmin and Aly always call each other their bestfriends, both of them have been denying about their relationship, but seeing such a deep friendship between the two, the fans keep speculating about the marriage of both. That’s why this picture of Jasmin has made the guesses of the fans more sure. Jasmin posted a picture on her social media in which she is looking beautiful as always but the bangle worn in her hand is confusing her fans.

Fans feel that Jasmin has tied the knot with Aly. On this picture, a fan asked Jasmin and wrote, “Bangles in your hand, have you married Aly?” Jasmin is wearing a sweatshirt over black pants and wearing red bangles in her hands while posing on the beach.