Why Zayn Malik Once Felt Shah Rukh Khan Was Slightly Arrogant? Reason Inside

Famous singer Zayn Malik is the heartbeat of many girls around the world. His fondness for Bollywood is known to all. And above that, his admiration for King Khan of Bollywood, Shah Rukh Khan is also not something new. But did you know Zayn had once thought Shah Rukh Khan to be ‘slightly arrogant’? Earlier in an interview, Zayn had said that he got to know Shah Rukh Khan’s goodness and humbleness only after meeting him. 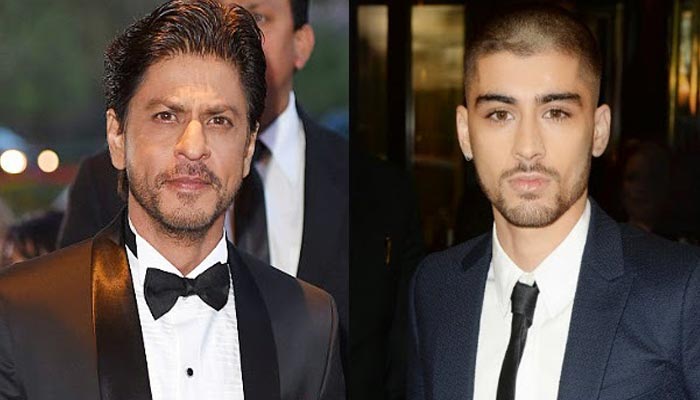 Zayn Malik and Shah Rukh Khan met at the Asian Awards in London in 2015 for the first time.  Zayn was accompanied by his sister Doniya Malik at the event. Both Doniya and SRK had shared photos of their meet on their respective social media handles. Zayn Malik in an interview with Elle India had told, “I personally wasn’t a huge fan until I met him. I realized how humble he is. Really showed a different side to him. He always came across as slightly arrogant in the movies to me but when I met him in real life, he was so nice. He just completely changed my opinion of him.”

He had also added, “Bollywood is so impeccable. If you ever get a chance to watch a good Bollywood movie, watch Devdas! Have you seen Devdas? It’s got Shah Rukh Khan in it. You know who Shah Rukh Khan is?” Post the Asian Awards show, Shah Rukh Khan had tweeted a selfie with Zayn in a black and white effect. SRK while sharing the photo, wrote, “This kid is so cool. May Allah bless him. Dinner time at the Asian Awards.” That picture had become the most retweeted picture in India back in 2015. 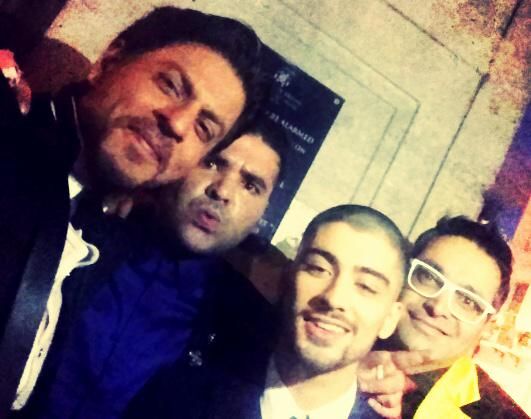 Currently, the sensational singer is ruling the headlines because of his ongoing feud with ex-girlfriend Gigi Hadid’s mother, Yolanda Hadid. According to the TMZ reports, Zayn was at Gigi’s home on September 29, where he was staying because he wanted to be close to his daughter, Khai. Yolanda barged into the house, without informing or even knocking at the door. It also alleged that Yolanda was ‘struck’ by Zayn Malik.

Later, Zayn released a statement via his Twitter account in which he said, “In an effort to protect that space for (his daughter Khai) I agreed to not contest claims arising from an argument I had with a family member of my partner’s who entered our home while my partner was away several weeks ago.”

“This was and still should be a private matter but it seems for now there is divisiveness and despite my efforts to restore us to a peaceful family environment that will allow for me to co-parent my daughter in a manner in which she deserves, this has been ‘leaked’ to the press. I am hopeful though for healing for all involved with the harsh words shared and more importantly, I remain vigilant to protect Khai and give her the privacy she deserves,” he added.