Bollywood actors often come under the radar of trollers on social media. From their outfits to style of walking, netizens judge actors on every aspect of their personality. Recently, Baaghi 2 star Disha Patani, who enjoys a huge fan following not just for her fine acting chops but also for her dedication towards fitness became the target of trolls. The actress was spotted attending the special screening of Salman Khan starred Antim: The Final Truth which hit theatres on November 26. One of the clips of Disha shared by a paparazzo account from the event has taken the internet by storm. Fans are finding Disha’s appearance to be a bit different and the entire discussion in the comments section has ignited ‘nose job’ rumors about the actress. 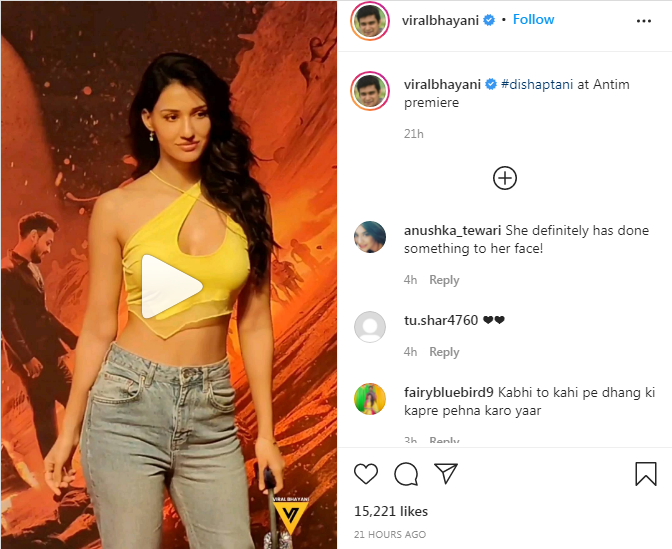 In the video, Patani is reflecting a bright smile on her face. She is donning casual attire with light blue bell-bottom jeans and a Y2K style crop top. The lemon yellow top has a revealing neckline and an added sheer layer which is giving it a different style. Disha kept it simple with light makeup. She completed her look with stud earrings in accessories. As soon as the clip got released, fans started wondering if Disha went under the knife. In the comments section of the snippet, we can also witness fans saying that it is just the fillers. Some users are finding Disha ‘depressed.’

Check out the comments section here: 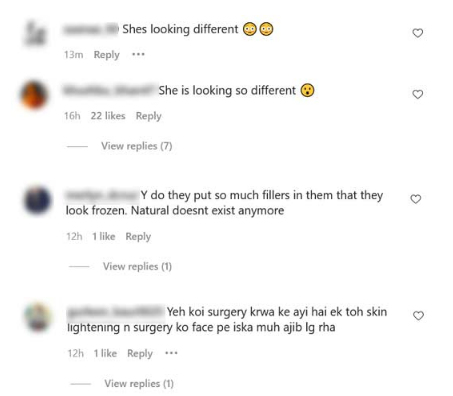 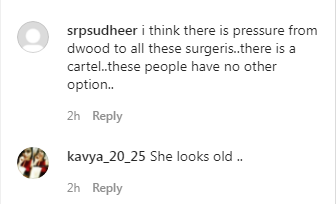 On the professional front, Disha Patani will soon be seen in the sequel of Mohit Suri’s Ek Villain. The other cast members include Tara Sutaria and Aditya Roy Kapoor. Talking about Antim: The Final Truth, the movie stars Aayush Sharma in the lead role alongside Salman Khan. Ace actor-filmmaker Mahesh Manjrekar has done the direction for the film. The special screening event of this action-drama saw various renowned celebs from the industry including family members and friends of Salman Khan.