If you haven’t watched Samantha Ruth Prabhu’s airport dance on Thalapathy Vijay’s Halamithi Habibo from Beast, you must do it immediately since it has gone viral. It is baffling how she managed to film the entire video on a runway. 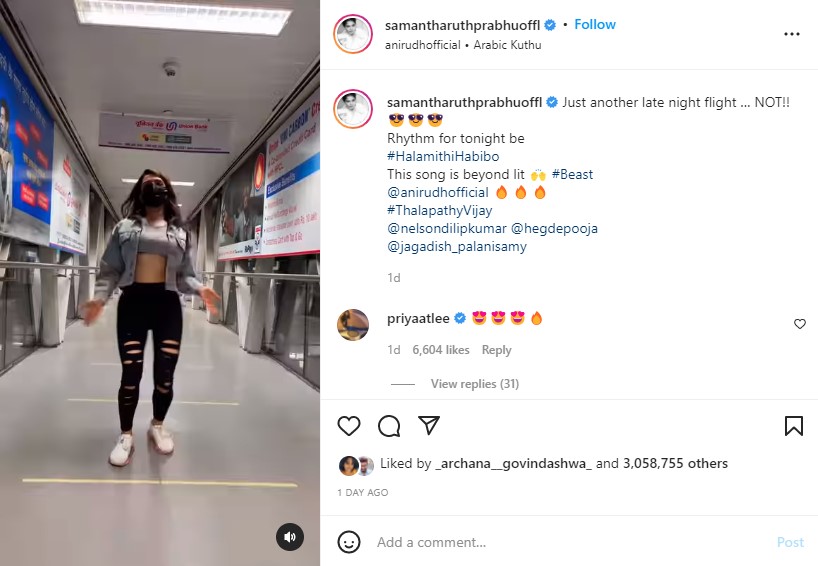 Samantha Ruth Prabhu is a well-known and well-liked South Indian actress. She is receiving a lot of affection from the general public for her endeavours.  She received a lot of praise for her item number Oo Antava in Allu Arjun’s Pushpa: The Rise after her appearance in The Family Man 2. Everyone was enamoured with her great dancing moves. 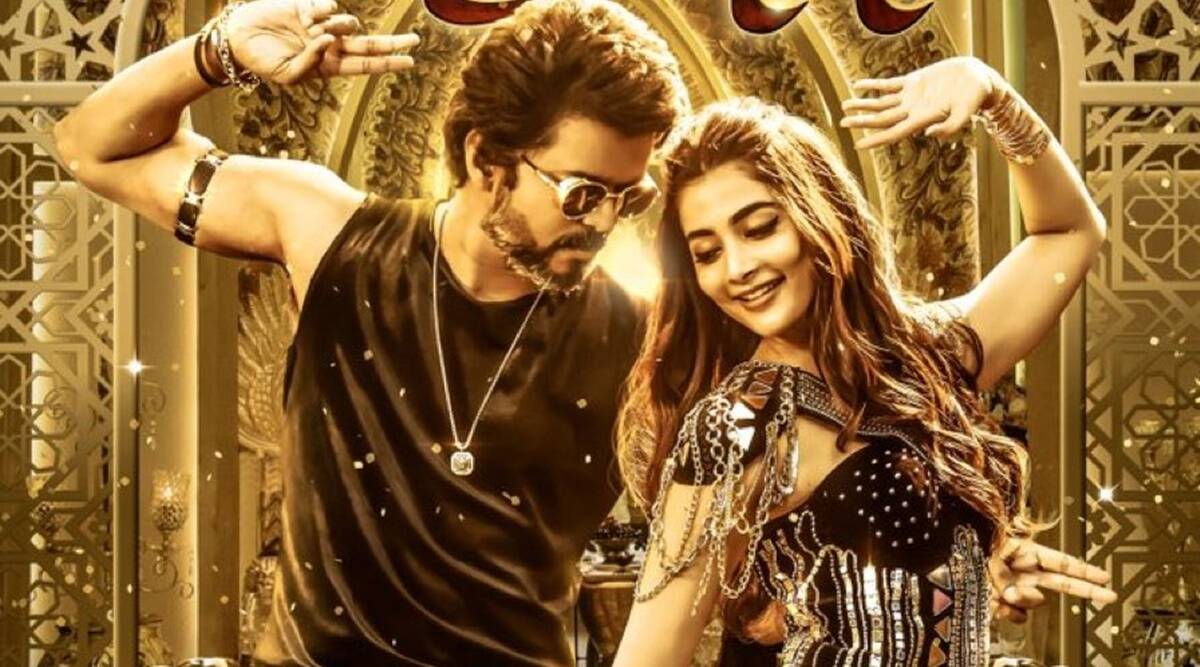 The mind-blowingly catchy melody has taken the nation by storm and is now the favourite of everybody. The storm has engulfed Samantha. She posted a video of herself dancing to Thalapathy Vijay’s Halamithi Habibo from the movie Beast. She’s performing a dance routine at the airport! Samantha Ruth Prabhu kept herself occupied before a late-night trip by dancing to this famous tune. She captioned the video as follows:

Apart from her professional endeavours, Samantha Ruth Prabhu made headlines last year when she announced her divorce from her spouse Naga Chaitanya. They were one of the prettiest couples in the South film business, but fate had other ideas for them.

Shakuntalam, Kaathu Vaakula Rendu Kadhal, and other films are on the way for the actress. She’s also working on a film called Yashoda. Her Bollywood debut is also rumoured to be doing the rounds on the internet.

Check out the video: