Actors Aditya Seal and Anushka Ranjan are all set to get married on the coming weekend and the couple’s pre-wedding celebrations have begun. On Friday night, actresses, Alia Bhat, Vaani Kapoor, and Krystle D’Souza came under one roof to be part of their friend’s sangeet ceremony.

In pictures and videos that have surfaced online, Alia Bhatt is seen wearing a red lehenga as she joined her best friend Akansha Ranjan and her sister Anushka Ranjan at the party. Alia, in one of the pictures, is seen posing with the bride-to-be along with a few friends. She is even seen enjoying the music playing at the pre-wedding bash. 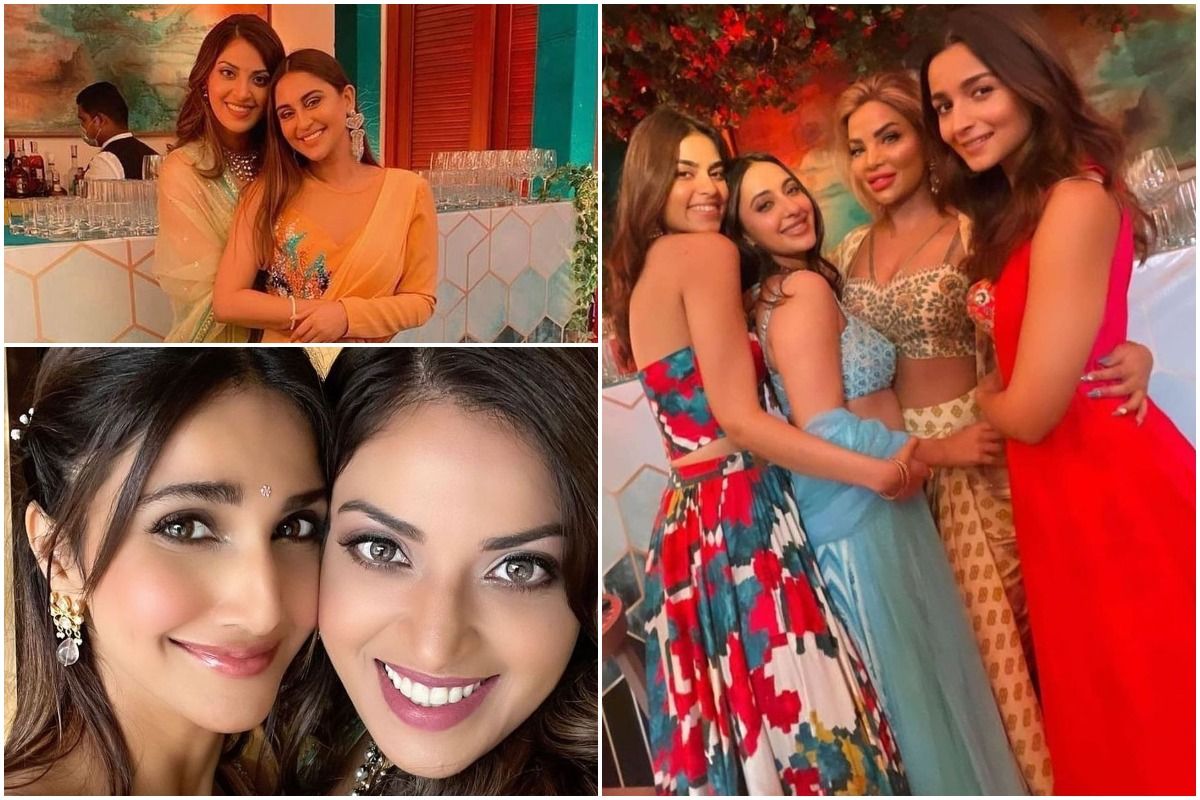 Actress Vaani Kapoor, who is looking drop-dead gorgeous in pink attire is seen enjoying her heart out. She is dancing with one of the bridesmaids to the songs Maahi Ve from the film Kal Ho Naa Ho, and her own film Befikre’s Nashe Si Chadh Gayi.

Krystle, on the other hand, is seen donning an orange asymmetrical outfit. In one of the videos from the bash, Anushka and Akansha were seen dancing on the beats of the dhol. 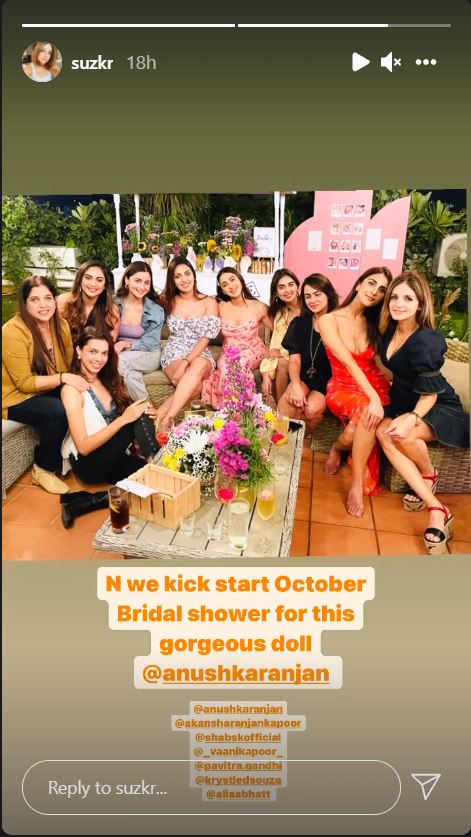 In one of the pictures, the groom-to-be Aditya Seal is seen sporting the Mehendi written name of his bride Anushka on his hand.

On Thursday, Anuskha was spotted partying with Sussanne Khan and her rumored boyfriend Arslan Goni along with other close friends like Aly Goni, Vaani Kapoor, and Krystle D’Souza. The pictures of them went viral on the internet. It seemed like that they all came in one place for Anushka’s bachelorette party.

Anushka in her before wedding party wore a ‘bride-to-be’ sash, and the others were seen with a sash reading ‘team bride’. All of Anushka’s friends were also spotted wearing temporary tattoos on their hands, saying ‘bride’ and ‘bride tribe’. 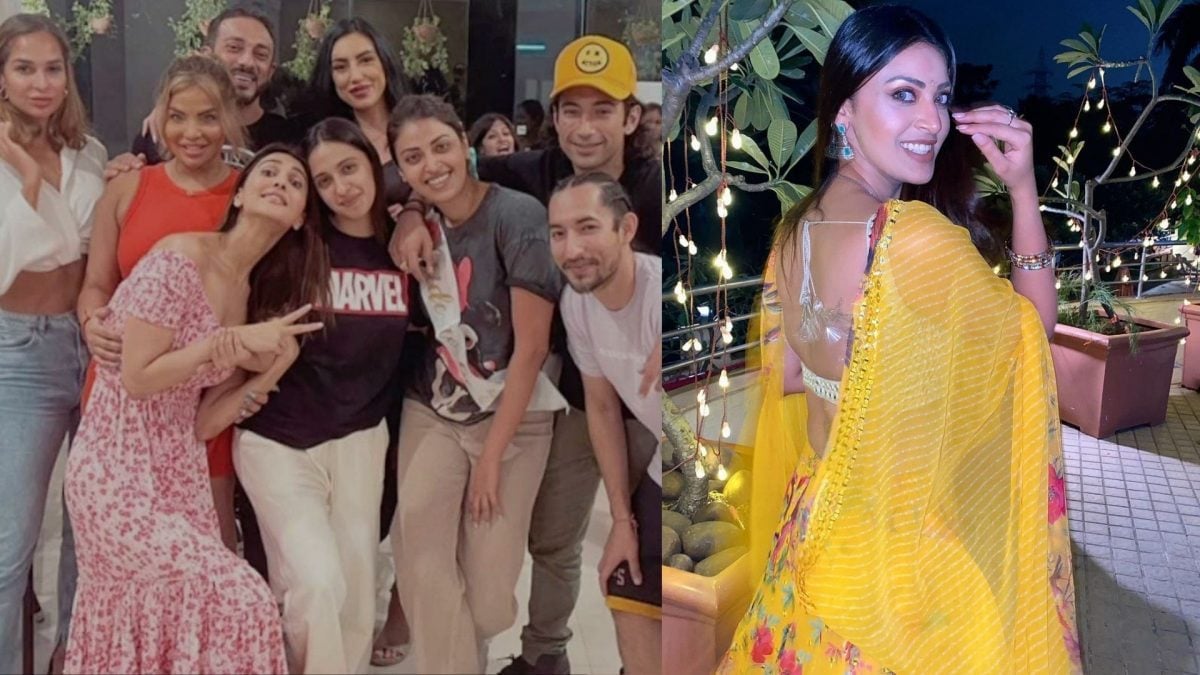 Anushka is known for films such as Batti Gul Meter Chalu and Wedding Pullav. Aditya has featured in Student Of The Year 2, Tum Bin 2, and Indoo Ki Jawaani.

Let us tell you that Aditya and Anushka’s marriage is not the only wedding we are going to witness this season. Other Bollywood couples like Katrina Kaif-Vicky Kaushal and Ranbir Kapoor- Alia Bhatt, are also likely to tie the knot this year. Earlier this week, Rajkummar Rao and Patralekhaa got hitched in an intimate wedding.