Hrithik Roshan is sharing interesting stuff on his Instagram handle these days. Recently, the War actor posted a video of himself in the gym doing Garba.

It so happened that Hrithik could not control himself from the dancing to the hit tunes of the 80s. The actor’s impromptu jig in the gym began when Bollywood songs like Jimmy Jimmy Aaja Aaja and Jaanu Meri Jaan started playing in the background while he was doing his workout. An ace dancer in Hrithik could not resist and so, he showed some of his dance moves. 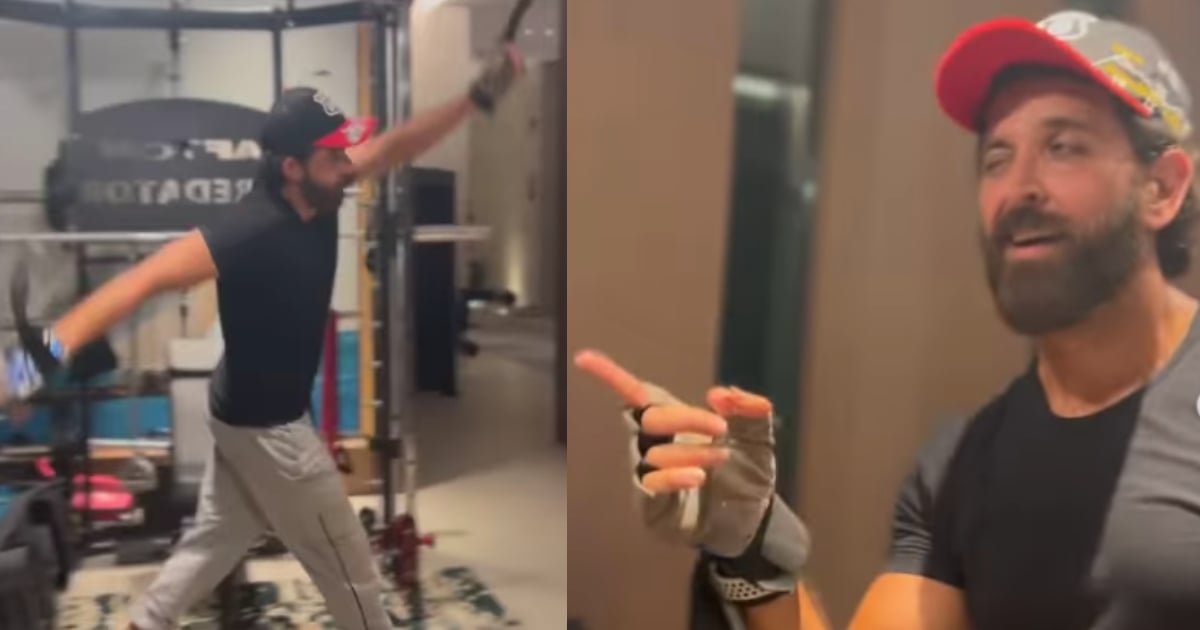 The first clip that Hrithik shared showed him prancing around the gym, as someone off-camera calls it to be garba. “Navratri hai re (The festival of Navratri is on),” he replied. The other three showed him grooving to the 80s tracks as well. 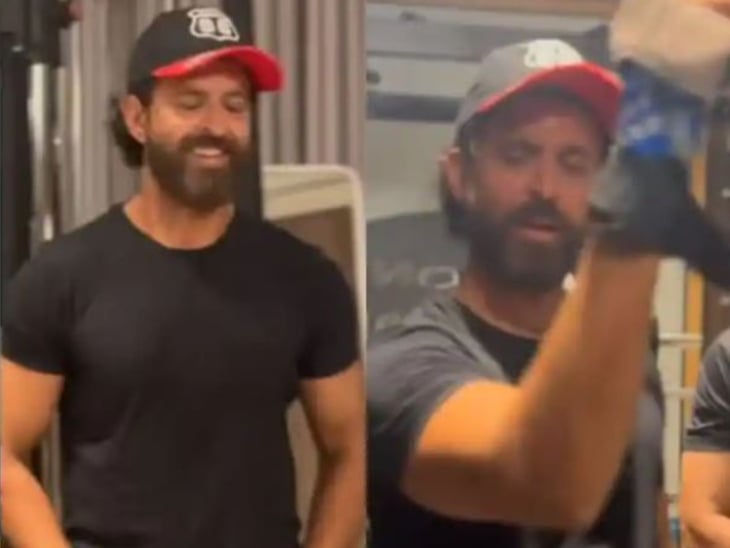 On the work front, Hrithik began shooting for his next, the Hindi remake of the 2017 Tamil hit Vikram Vedha, on Friday. Sharing the same news with his fans and well-wishers, he dropped a video of himself walking with his team at the shoot location. “Hero walking on to set after 2 years. I am walking in front of him. Wait for it. #vikramvedha #teamisasliheroes.Happy Dussehra beautiful people!”, Hrithik penned in the caption. The film also stars Saif Ali Khan.

Vikram Vedha is about a police officer, Vikram, who is in search of a dreaded gangster named Vedha. When Vedha surrenders on his own, he tells Vikram three stories, which challenge his notion of good and evil. The Tamil hit starred R Madhavan as the cop, while Vijay Sethupathi played the role of Vedha.

Apart from Vikram Vedha, Hrithik also has Siddharth Anand’s opposite Deepika Padukone titled Fighter in his kitty. It will be Hrithik and Deepika’s first collaboration together. The film is an action entertainer high on patriotism. It is scheduled to hit the screens on September 30, 2022.