IAS Tina Dabi and IAS Pradeep Gawande finally tied the knot between just 15-20 relatives and close friends. There were reports about the marriage of Tina and Pradeep that this couple is going to take seven rounds on April 20.

Tina becomes a bride in a white sari. 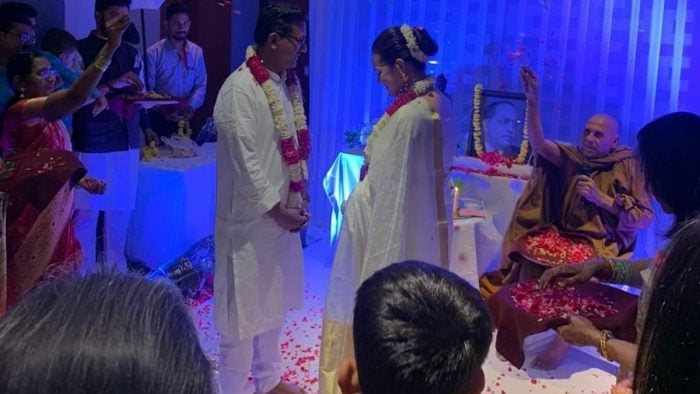 At the same time, on 22 April, the couple became each other forever. Tina and Pradeep got Hitched cording to Marathi customs. On the occasion of marriage, where Tina is wearing a white and golden sari and has Gajra in her hair, Pradeep also appears in white kurta-pyjamas. In the presence of just a few people, this couple has started a new chapter in their life.

Pradeep-Tina came closer to Corona Tina and Pradeep’s love story is no less than the story of a film. Let us tell you that UPSC topper Tina Dabi of the 2015 batch and Dr. Pradeep Gawande of the 2013 batch met for the first time in May 2021, from where both of them started their relationship. 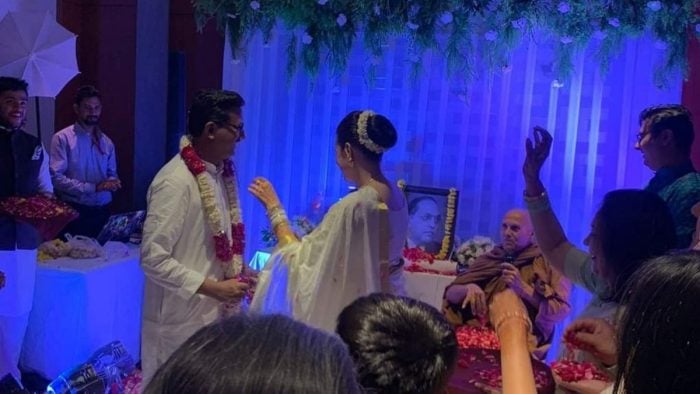 Tina and Pradeep became good friends while working together and then the friendship turned into love. After dating for almost 1 year, Tina and Pradeep decided to get married.

Tina had first married IAS Athar Aamir Khan but due to some reason, the couple got divorced. After which Tina remarried Pradeep, while this was Pradeep’s first marriage. 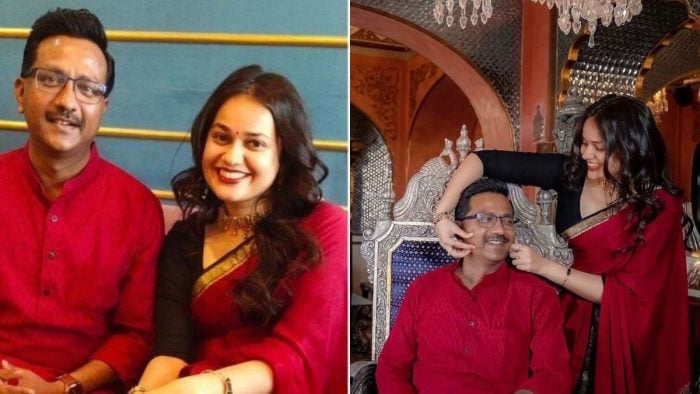 Recently, she gave a shock to her fans by deleting her Instagram account which was being followed by 1 million people. She posted her engagement pictures with Pradeep on social media after which both were being trolled brutally for their age gap as well as Tina’s second marriage. However, Tina Dabi did not say anything officially on this.