Katrina Kaif and her tribe including friends and family are currently in the Maldives. The actress flew to the Island nation to celebrate her 39th birthday. Recently, she shared some of the visuals from her holiday with her fans. In the pictures that have come out, one can spot Barfi actress Ileana Druz too. Now, as per the reports coming in, cupid has hit Dcruz again and the actress is apparently in a relationship with Kaif’s brother Sebastian Laurent Michel, who is also there in the photos. 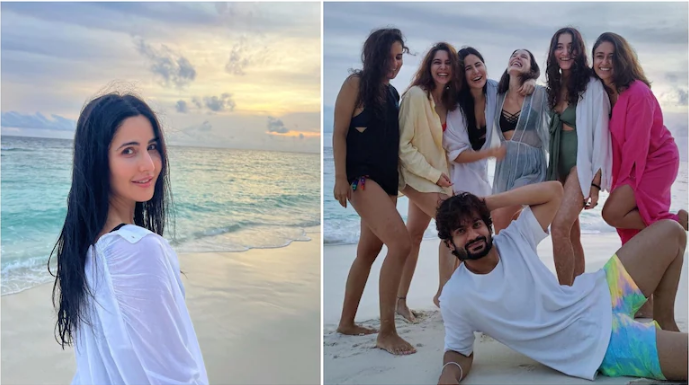 According to a leading daily, Ileana and Sebastian are dating each other for about six months now. The two often hang out at Katrina’s old residence in Bandra, at Ileana’s pad around the same part of the suburb, and in London, too.

Sebastian has a private account on Instagram but that could not hide the fact that he and Ileana are following each on the picture-sharing app. By profession, Sebastian is a model from London. Though Ileana has been quite vocal about her previous relationship with photographer Andrew Kneebone, this time, it seems like the actress wants to keep it a secret. The duo is yet to comment on it. 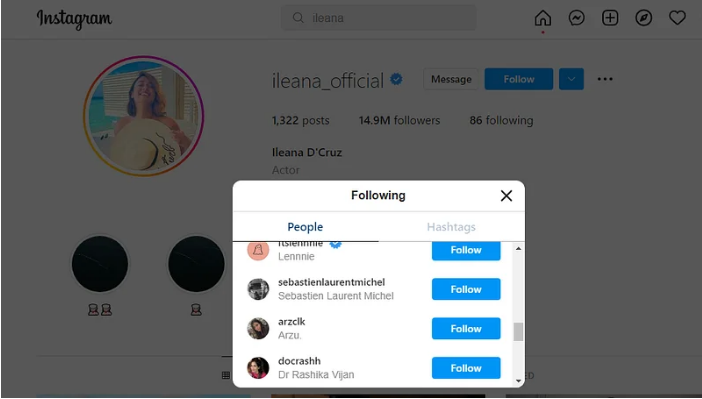 Taking to her Instagram, Ileana shared a group photo with the caption, “Sunshine, cocktails, and a bit of birthday cake.” Dressed in a black outfit, Ileana is seen flashing a wide smile along with others in the snap. 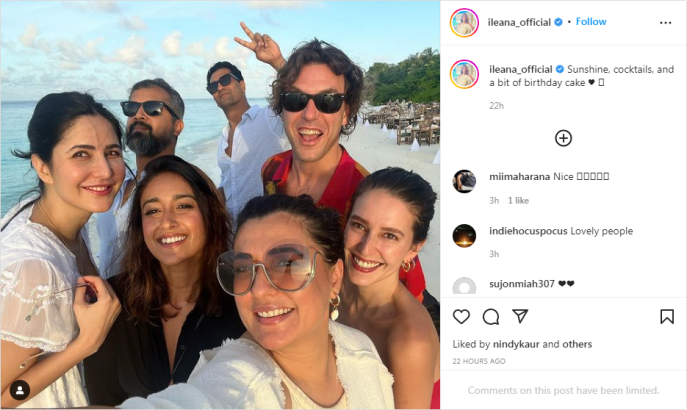 Let us tell you that Katrina is enjoying a vacation with her husband Vicky Kaushal, his brother Sunny Kaushal, Sunny’s rumored girlfriend Sharvari Wagh, Kabir Khan, Mini Mathur, Sebastian, Isabelle, and Ileana among others.

On the work front, Ileana will next appear in Unfair N Lovely opposite Randeep Hooda. The film will be a funny take on India’s obsession with fair skin. She will also be a part of Sendhil Ramamurthy’s next untitled movie alongside Vidya Balan and Pratik Gandhi.