‘It Is Painful To See My Reputation Getting Damaged’, Shilpa Shetty Breaks Silence On FIR Against Her In Cheating Case

For a long time now, Bollywood actress Shilpa Shetty is hitting the headlines for all the wrong reasons. And adding to the list is the recent FIR against her and her businessman husband Raj Kundra in an alleged cheating case. The couple along with Kaashif Khan who is director of SFL Fitness Company, have been accused of duping a Mumbai-based businessman of Rs.1.51 crore.

Shilpa has now finally broken her silence over the same by issuing a clarification in public. The actress took to her social media handles of Twitter and Instagram to give justification that she and Raj Kundra were not part of the said case and that it ‘pains’ to see her name and reputation getting damaged day after day. 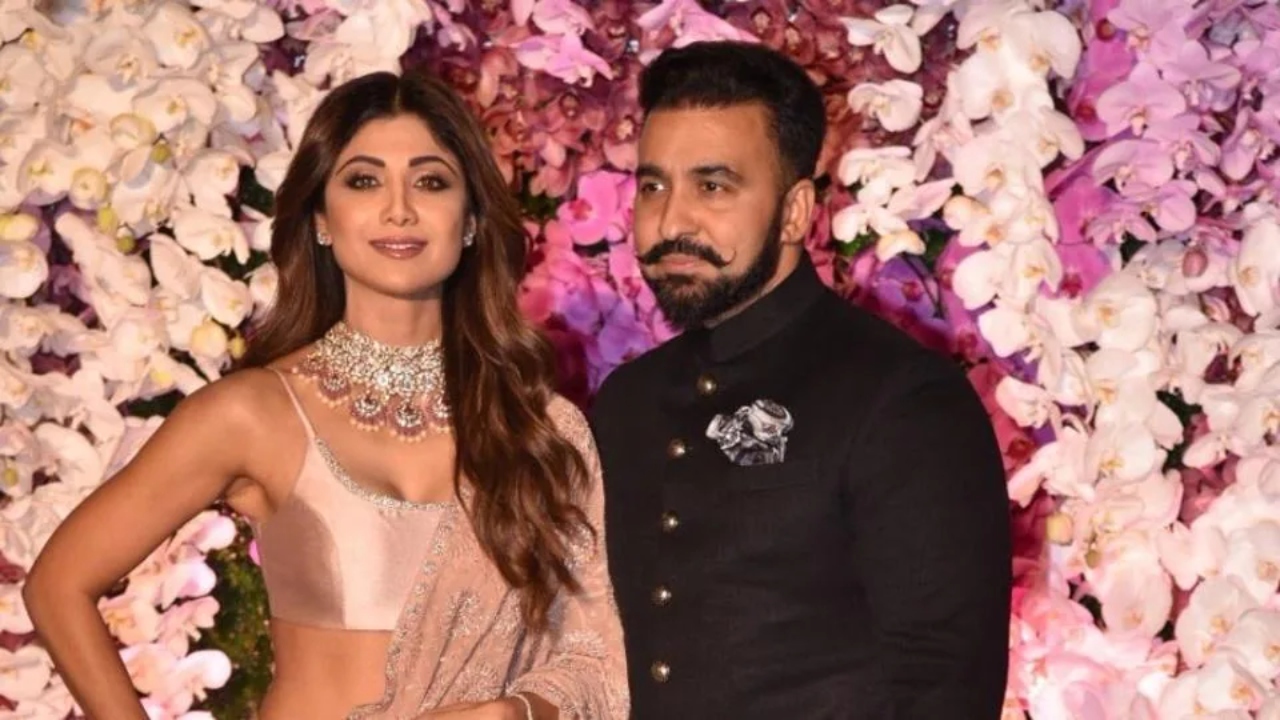 She wrote, “Woke up to an FIR registered in Raj and my name! Shocked!! To set the record straight, SFL Fitness, a venture run by Kashiff Khan. He had taken naming rights of brand SFL to open SFL Fitness Gyms around the country. All deals were struck by him and he was a signatory in banking and day-to-day affairs. We are not aware of any of his transactions not have we received a single rupee from him for the same. All franchisee’s dealt directly with Kashiff. The company closed in 2014 and was entirely handled by Kashiff Khan (sic).”

“I have worked very hard over the last 28 years and it pains me to see that my name and reputation is getting damaged and dragged so loosely to get eyeballs. My rights as a law-abiding proud citizen in India should be protected. With gratitude, Shilpa Shetty Kundra,” she ended the post. 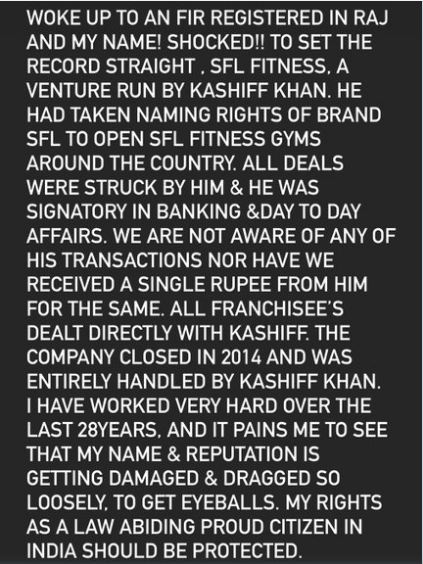 As per PTI, an FIR was registered based on a complaint by businessman Nitni Barai. He has claimed that in July 2014, Kaashif Khan, Shilpa Shetty and Raj Kundra and a few others, asked him to invest Rs. 1.51 crore in SFL Fitness Company to earn a profit.

He further claimed that he was assured the SFL Fitness Company will provide him franchise and open a gym and spa in Pune but things didn’t go the way they should have. Later, when he asked to get his money back, he was allegedly threatened.

Shilpa’s husband Raj Kundra faced another legal trouble earlier this year. In July, he was arrested in a porn-related case. He was released on bail in September. After this case, Raj made his first public appearance just a few days ago.