It Was A Surreal Experience, Says Sidharth Malhotra On Playing Vikram Batra In His Next

Actor, Sidharth Malhotra has delivered many hit films in the past. But with his recent upcoming movie, he has higher hopes. In a recent interview with Hindustan Times, the actor has talked about playing the Kargil war hero, his first reaction to playing Vikram, and how he hopes that his upcoming film, Shershaah, inspires the youth audience just the way Captain Vikram Batra did.

While remembering the 1999 Kargil war, Sidharth Malhotra said, “When the Kargil war was actually happening in 1999, I was 13 or 14 and I vaguely remember the interviews on television. The iconic Vikram Batra interview when he said ‘Yeh Dil Maange More. It was a surreal experience, after so many years, to come and shoot this film. At that time, it was difficult to comprehend what I was watching on television. Now, after so many years….to see up close, and in detail, what the army does. The sacrifices they make, the difficulties they face, the life they lead for us to have this kind of freedom. I have immense respect for the armed forces.”

Sidharth also talked about getting aware of Param Vir Chakra recipient Vikram Batra through the film. “I have seen both sides of him, met his friends and family. The way they talk about him, how endearing he was. He wanted to experience so many things and was so full of life. But he chose to give up all of it for his duty. Just to do his duty, till his last breath. That takes a different mindset, a different kind of training. The Indian army is one of the best armies in the world. Vikram Batra’s heroic actions took the legacy further, and we hope with Shershaah, the legacy lives further on. Hopefully, the film inspires much other youth as he did,” he said.

Director Vishnuvardhan also talked about the project. “What fascinated me the most, is the research part. We met so many people, not just the family, but also so many other officers who served with him. Everybody had different perceptions, different things to talk about Vikram Batra. That was very fascinating for me,” he said. 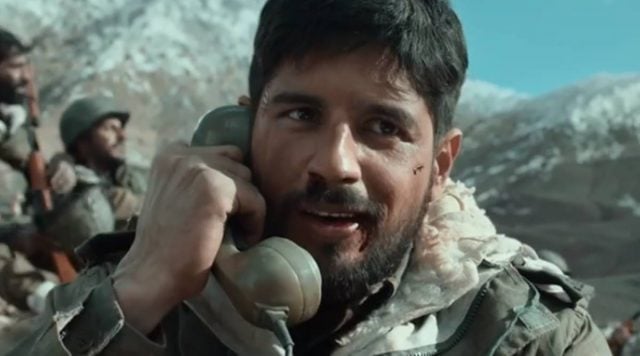 Shershaah will get released on the OTT platform Amazon Prime.

Captain Vikram Batra, also known as Sher Shah, Tiger of Drass, Lion of Kargil, and the Kargil Hero, died at the young age of 24 while fighting for India fearlessly in the Kargil war with Pakistani troops in 1999. Batra was born in Himachal Pradesh’s Palampur.  After finishing school, he took admission to DAV College, Chandigarh, and then joined Panjab University for his post-graduation degree. In 1996, he went to Dehradun’s Indian Military Academy, where he trained for the armed forces. He was first posted with the 13th battalion of Jammu and Kashmir Rifles. The same regiment, later, fought the Pakistani troops, that had attacked the Indian positions in Kargil, along the Line of Control (LoC).