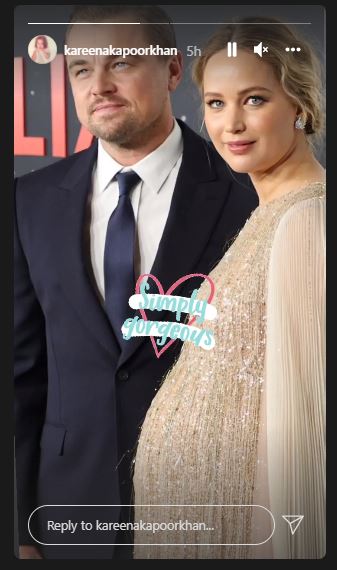 Kareena Kapoor Khan has shared a picture of actress Jennifer Lawrence and actor Leonardo DiCaprio on her Instagram stories. In this photo, Jennifer is seen posing with her co-star Leonardo in the film and her baby bump is clearly visible. In the caption of this picture, Kareena Kapoor Khan wrote ‘Simple Gorgeous’. Jennifer wore a golden gown to the premiere. She was seen standing alongside Leonardo, Meryl Streep, Jonah Hill and Kid Cudi. 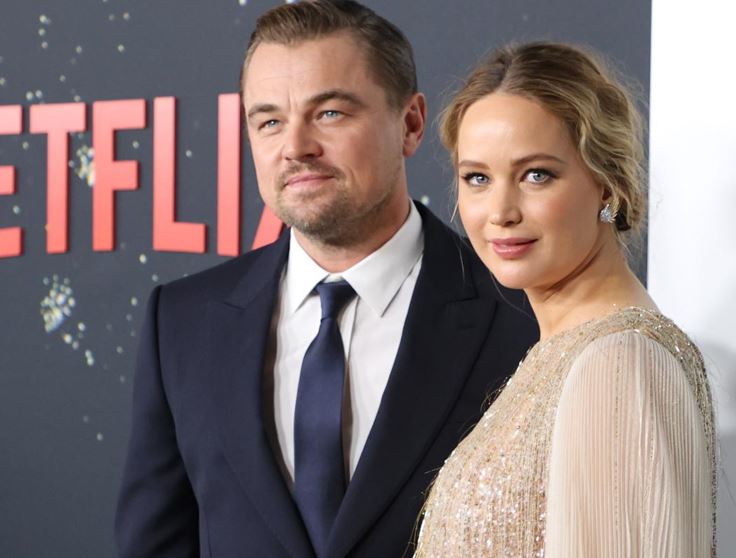 It is worth noting that Oscar-winning actress Jennifer was earlier seen with a baby bump at an intimate screening at Ross House in Los Angeles last month. His film Don’t Look Up will be released in select theaters on December 10 and after that on December 24, the film will be released on the OTT platform Netflix. Actress Jennifer Lawrence announced her first pregnancy with husband Cooke Maroney who is the director of the art gallery. Both of them came together in the year 2018 and got engaged to both of them in February 2019, after which both of them got married in October. However, Lawrence’s husband Cook was nowhere to be seen at the event. 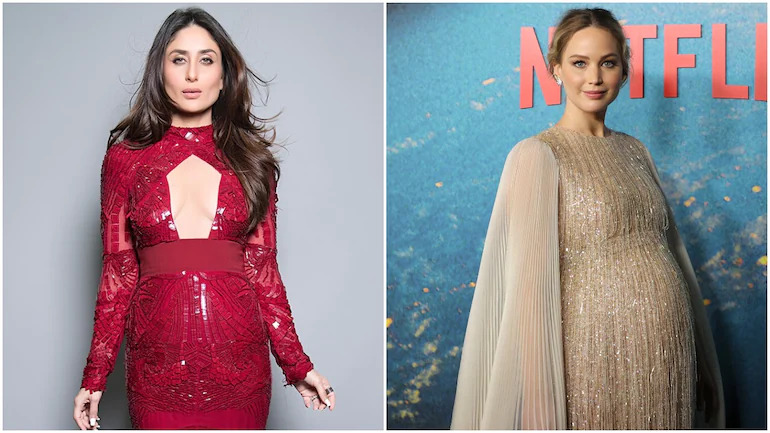 Jennifer Lawrence started her career in the acting world as a supporting artist in TV shows but today she is included in America’s highest paid actress. Lawrence has won awards like Academy Award and Golden Global at the age of just 22. Kareena Kapoor Khan keeps sharing some pictures on social media. She also often shares pictures of her children and husband for her fans on Instagram. Talking about Kareena Kapoor Khan’s films, she is going to be seen in the film Lal Singh Chaddha. Aamir Khan is in the lead role with her in this film. The film is a remake of Hollywood movie Forrest Gump.