Kartik Aryan Shivered With Cold While Shooting; Said To The Fans, “It Is A Very Cold Man”

Bollywood actor Kartik Aryan is currently shooting in Delhi. He is shooting in the capital for his film Shehzada, which will release in November 2022. Kartik Aaryan has posted a video in his Instagram stories, in which he has written that smoke is coming out in Delhi’s winter. In this photo, he is seen laughing with the unit. He wrote that in this winter of Delhi, breathing is stopping. In the video, Kartik also gave the camera to the crew of the film Shahzada. The film Shehzada is being directed by Varun Dhawan’s brother Rohit Dhawan. The film also stars Kriti Sanen. Actress Kriti Sanon has worked with actor Kartik Aaryan in the film Luka Chuppi. The film Shahzada will also feature Manisha Koirala and Paresh Rawal in supporting roles. 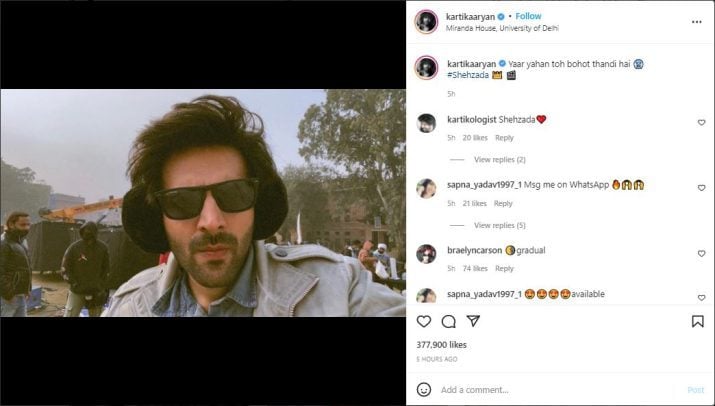 The film Shehzada is a remake of Allu Arjun’s Telugu film Ala Vaikunthapuramulu. Which was directed by Trivikram Srinivas. The film also starred Pooja Hegde andTabu. At the same time, Karthik Aryan has also shared a picture of himself. In which he has written, Man it is very cold here. In this photo, Kartik Aaryan is wearing black glasses, and the crew of the film is seen behind him. Millions of people have liked this picture of Kartik Aryan and his fans are getting fierce comments on it. One user wrote– It is Delhi’s winter. 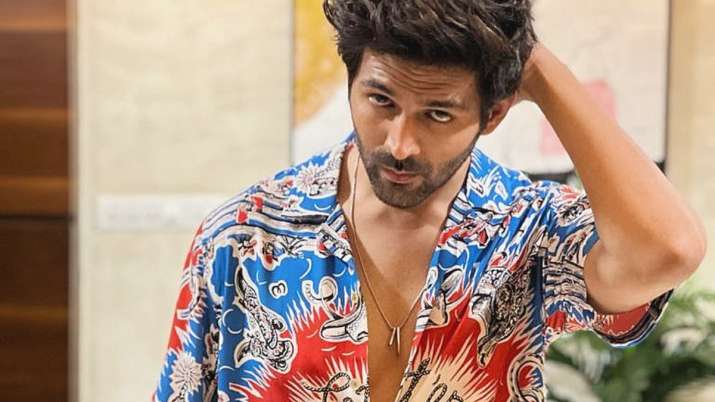 In one of his interviews, Kartik Aaryan had said that my struggles and failures have taught me the real value of things. He has put me on the ground. Especially because of my shortcomings, I never let success get to my head. I will never forget to keep one foot on the ground while flying high and making my dreams come true. Talking about Kartik Aaryan’s films, he was last seen in the Netflix film Dhamaka. He played the role of a journalist in this film. This film was given a lot of love by the audience. Apart from this film, he is going to be seen working in Bhool Bhulaiyaa 2, Freddy.