Katrina Kaif Sends A Heartfelt Birthday Greeting To Salman Khan On His 56th Birthday, She Praises His “Brilliance”

On Monday, Katrina Kaif sent a birthday greeting to Salman Khan, the actor’s 56th birthday, which looks to be a flashback photo of the actor with a special message. Katrina also shared a ‘happy birthday’ sticker on Instagram Stories, which she shared with her followers. 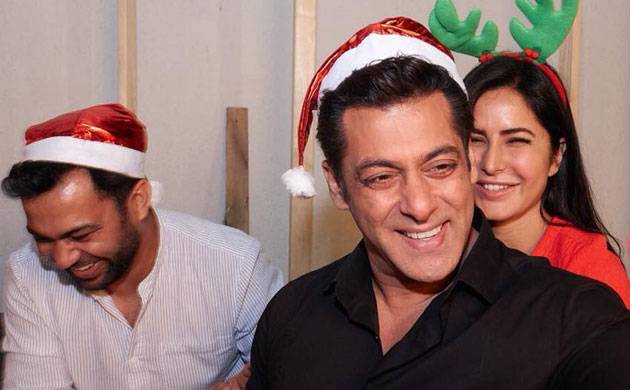 Katrina Kaif shared a snapshot of Salman Khan in black and white on her Instagram account. She sent a note with the photograph, which read: “@beingsalmankhan, I wish you the best birthday ever! (white heart emoji). May all of the love, light, and brightness that you have been blessed with remain with you forever.” Katrina Kaif sent a heartfelt message to Salman Khan on Instagram.

Additionally, other videos have surfaced on the internet. For example, the birthday celebrity is seen cutting his birthday cake while holding his 2-year-old niece Ayat, with whom he celebrates his birthday on the same day. During a media session outside his farmhouse, Salman said that Tiger 3 will be released by December 2022. He hinted at the potential of him and Shah Rukh Khan collaborating on another project in the future. Tiger 3 and Pathan, both scheduled for release this year, will include lengthier cameos by the pair.

Tiger 3 is the third instalment in the espionage action-thriller series, and it will see Salman and Katrina reprise their roles as agents Tiger and Zoya. Yash Raj Films are producing the film, and Emraan Hashmi will also appear as the film’s antagonist. YRF is also supporting Shah Rukh Khan’s action film Pathan, in which Salman will make a prolonged cameo appearance.