Mohit Marwah And Antara Are The Proud Parents Of A Newborn Girl Named Thea- Checkout!

Mohit Marwah and Antara Motiwala became parents to a baby daughter named Thea on October 20. Messages of congratulations flooded in from a slew of Bollywood celebrities.

Antara Marwah took to Instagram to post a photo of their baby Thea, which she captured with Mohit Marwah cradling her lovingly in his arms. The first time mum and dad celebrated their little bundle of joy’s one-month birthday with a rainbow and unicorn cake. 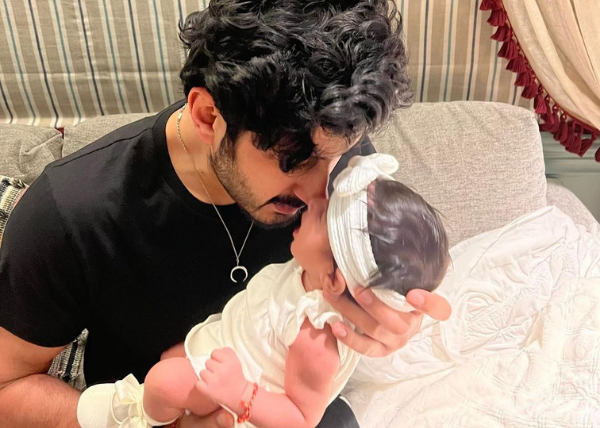 “One month of loving you 20.10.2021,” Anatara captioned the photographs on Instagram. Antara and Mohit’s family members as well as close friends reacted positively to the images. Sonam Kapoor, the duo’s cousin sister, and actor, was all heart for them, as was Varun Dhawan, who left love-struck and heart emojis in the comments section. 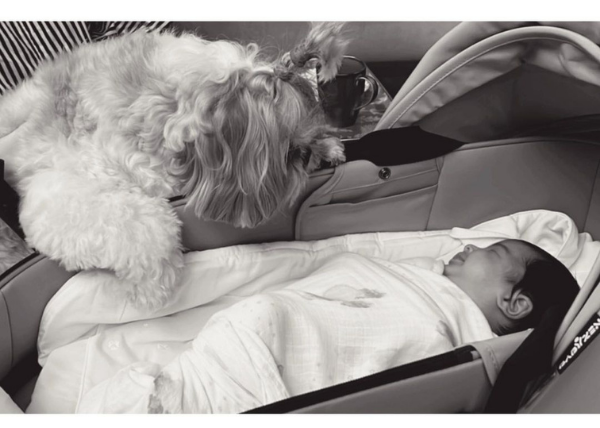 Mohit is the elder son of Sandeep Marwah and Reena Marwah, the sister of Anil, Boney Kapoor, and Sanjay Kapoor. In 2014, he made his Bollywood debut with the film Fugly. In 2017, he starred as a soldier in Tigmanshu Dhulia’s film Raag Desh.

Mohit and Antara tied the knot in February 2018 in the UAE. Antara’s images from her Godh Bharai ceremony went viral on social media in August. Sonam, Shanaya, Khushi, Anshula, and Arjun Kapoor had come to congratulate Antara, who was then expecting her first child. To see images from the grandbaby shower ceremony, click the link below.