Nia Sharma shared an infuriating video on Instagram while responding to trolls. Nia shared a video of herself, posing in a backless top. In the picture, she shared she wrote the caption, “Don’t be reckless while wearing a Blackless,” with a wink-face emoji. “To all of you.. Fluck you very much,” she added. Various stars from the TV industry dropped heart emojis in her comments section. 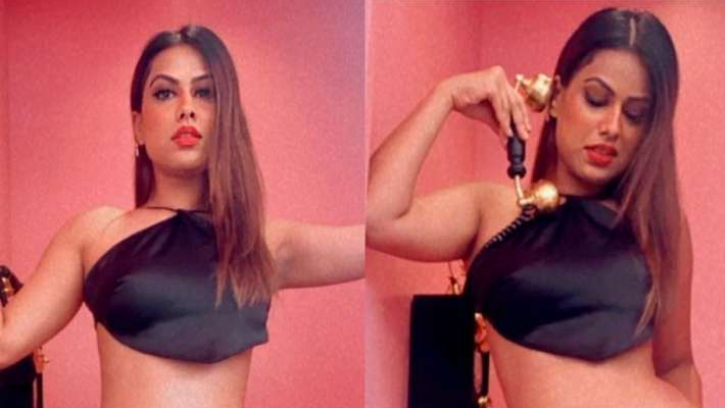 This is not the first time that Nia has reacted to the trolls. Earlier also she was attacked by trolls for posing in blue lipstick, and she responded to them by sharing more pictures of the same kind. Whenever she is attacked for a post, she always writes in retaliation.

In 2017, in an interview with media reporters after being criticized for another post in which people called her drunk she said, “Are people mad? It was not a drunk post. We were having fun while shooting a music video, and my team shot me while I was posing and I put it online. People on social media hide behind anonymity and feel they can get away with [saying rude things]. If someone spoke this way to me in person, I would punch their face in.” 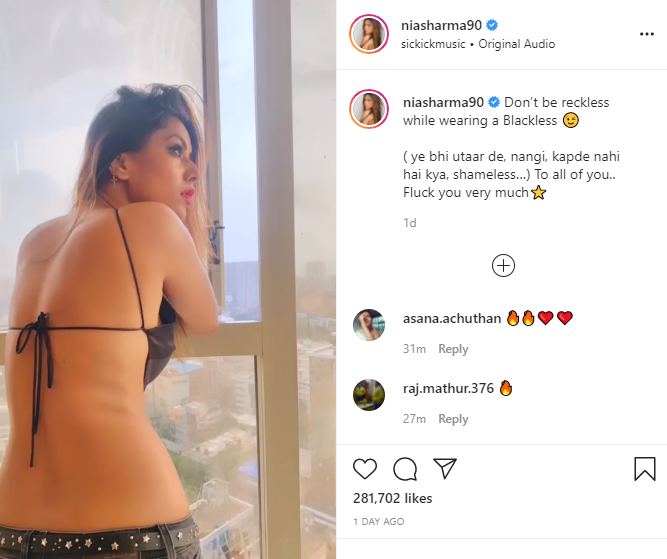 Nia Sharma was recently involved in a Twitter controversy with actor Devoleena Bhattacharjee, over the Pearl V Puri case. Later on, making both understanding the fact that it was wrong, they both apologized to each other. Nia has also appeared in shows such as “Ek Hazaaron Mein Meri Behna Hai”, “Jamai Raja”, “Ishq Mein Marjawan”, and “Naagin: Bhagya Ka Zehreela Khel”. She was also seen as a contestant on Khatron Ke Khiladi 8.