Our celebrities are known for their outstanding confidence and elegance in carrying outfits. We have often seen our B-Town celebs in movies, commercials as well as on Ramps to promote fashion weeks and designers’ outfits. No disputes, each one presents a perfect piece of art. Well! Every day is not a cupcake for the celebs sometimes it may develop in bitter melon too. No one like an awkward moment in the front of lots of camera and peoples but it happened with our B-Town divas eventually.

Here are some humorous falls of divas on the ramp

Sonakshi Sinha: Khamosh girl “Sonakshi Sinha” is usually very confident and chirpy during media interactions, was left red-faced when she tripped on the ramp. Sinha was walking on the ramp at the grand finale of Blenders Pride Fashion Tour. Her Metallic golden gown tripped but she managed herself immediately with her charming smile. 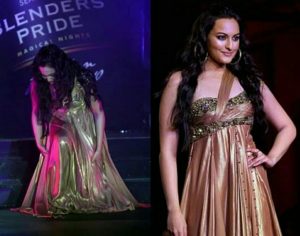 Sushmita Sen: Former Miss universe “Sushmita Sen” faced in one of her fashion shows. Being a universal model, it may very disappointing for her to disbalance in her workplace. Sen wore a beautiful red traditional lehenga but her dupatta got stuck in her heels. 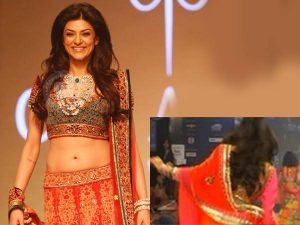 Yami Gautam: Her journey from television to movies is unmarkable. Yami’s strong acting skill in URI and Vicky donor makes her count in B-town divas. She was the show stopper in Lakme Fashion Week 2019. Yami’s elegant pestle barbie gown was designed by Gauri and Nainika. As she stepped, her frills stuck in her shows which leads her to imbalance on-ramp. 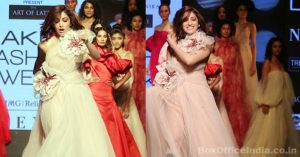 Poonam Dhillon: The Veteran actress Poonam Dhillon got embarrassed while walking on the ramp for the designer Vikram Phadnis. The reason was her heels, right after she fell she quickly got us and spells a dazzling smile and the audience forgets the mishappening. 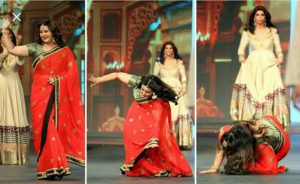 Kangana Ranaut: Queen of Bollywood which is not only a talented actress but a producer too. Her modeling skill in the movie fashion was unforgettable. In the grand finale of Wills Lifestyle India Fashion Week (WIFW) in New Delhi, her black gown design by Namrata Joshi Pura made her fall on the ramp. 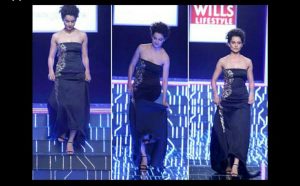 Sona Mohapatra: Ambarsariya fame, an Indian singer Sona Mahapatra falls on the ramp while mesmerizing the audience with her beautiful voice in the Lakme fashion show. The show must go on! To prove this the young singer picked herself and start her singing again with all confidence. 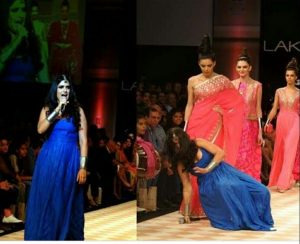 Sridevi: Bollywood’s “Hawahawai” very talented late actress Sridevi had seen in fashion designer Neeta Lulla’s show at the Lakme Fashion Week in 2010. She was the show stopper of the evening and while she flaunting her body-hugging gown, fluffed twice on the ramp. 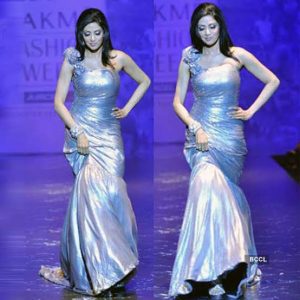 Zoa Morani: ‘Always Kabhi Kabhi’ debut Zoa Morani slipped on the ramp while walking as the show stopper for Payal Kothari at the Lakme Fashion Week in 2012. 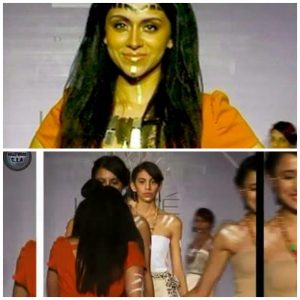 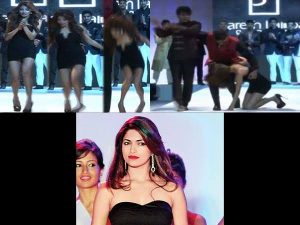