Shah Rukh Khan is having a tough time after his son Aryan Khan’s arrest in the Mumbai cruise drug case. Many stars like Hrithik Roshan, Pooja Bhatt, Shatrughan Sinha, etc. have come out in support of Badshah Khan and his son in these difficult times. And the latest to join the bandwagon is the former actress Pooja Bedi. 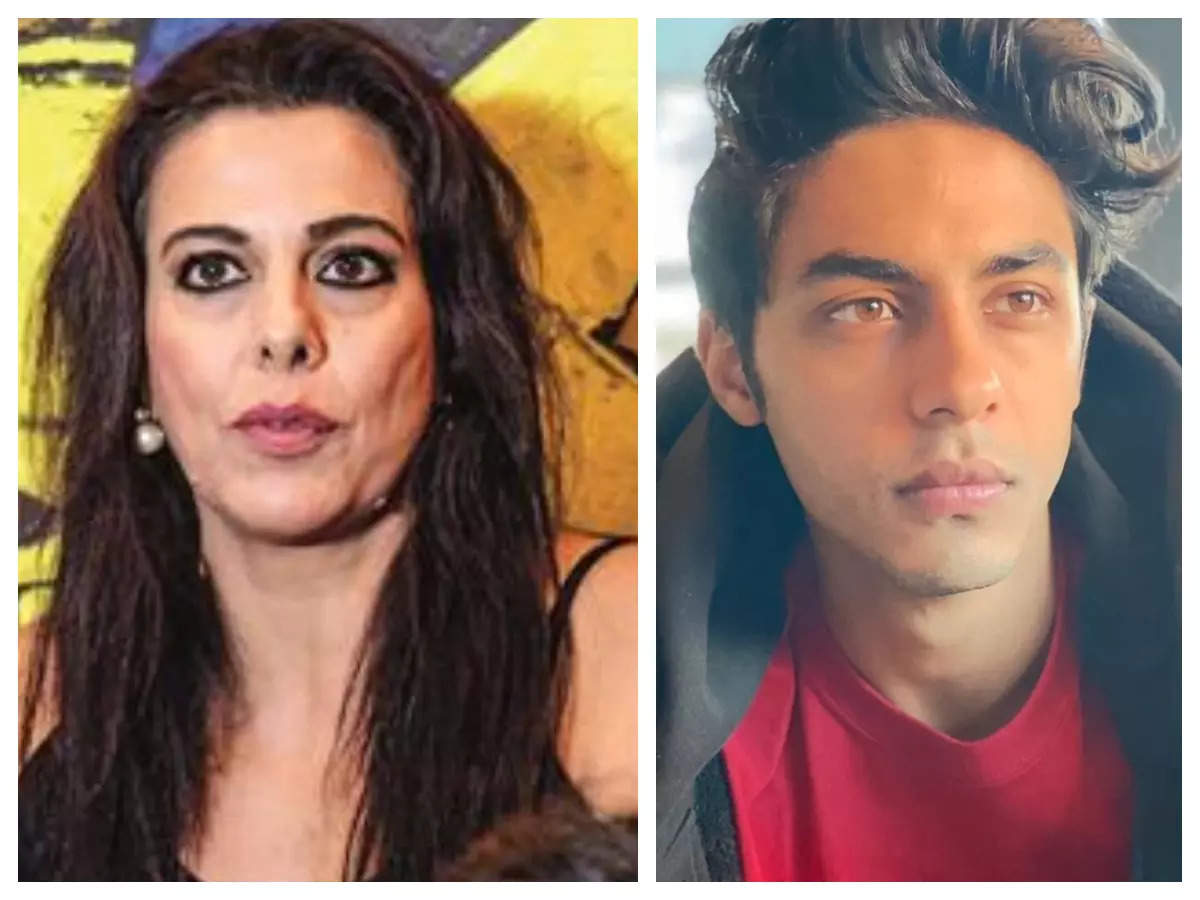 In her tweet, Bedi called Aryan an ‘innocent kid’. She objected to 23-year-old Aryan Khan being jailed ‘for no valid reason’.Pooja penned, “If no drugs were found on #AryanKhan, isn’t it appalling that an innocent kid is made to spend days & days in lockup? It’s psychologically damaging to be put in jail for no reason. The judicial system needs a major revamp… such systems create criminals by punishing innocents.” 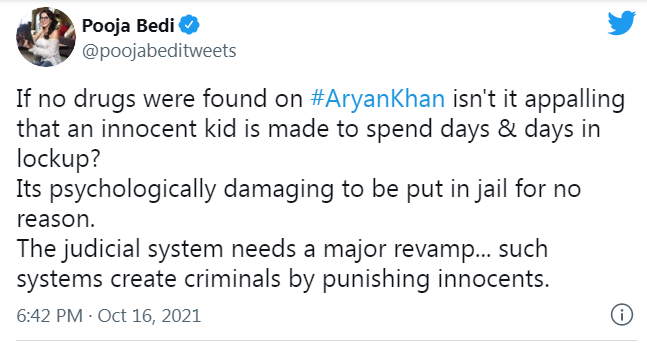 This irked a social media user and this is when he went on to challenge Pooja’s tweet referring to Aryan as a ‘Kid’. With his reply to Pooja’s tweet, the Twitter user pointed out that Shah Rukh started acting when he was the same age. The person also said that javelin-thrower Neeraj Chopra won an Olympic gold medal at the age of 23 ‘but Aryan is a kid because he is.

The Twitter exchange between Pooja Bedi and the social media user: 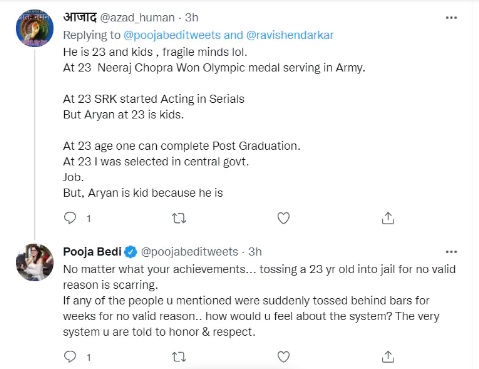 Pooja, who is a known rebellion, did not keep quiet. She replied to the user by writing, “No matter what your achievements… tossing a 23-year-old into jail for no valid reason is scarring. If any of the people you mentioned were suddenly tossed behind bars for weeks for no valid reason… How would you feel about the system? The very system you are told to honor & respect.”

Another Troller lands on Pooja’s tweet and said that Bollywood, or ‘Gutterwood’ as they called it, should shut shop. “The judicial system doesn’t need a major revamp… rather Bollywood (Gutterwood) should be shut down soon to protect our country from anti-national elements/activities. Everyone has seen their real face,” the user wrote.

Pooja schooled the person and said, “The very fact you say such things shows huge issues within your consciousness. Lockdown has made so many people vicious, negative & so ready to attack and pounce… even on innocents. All the suppressed bile and negative emotions within will find a way out. Be careful. Observe!” 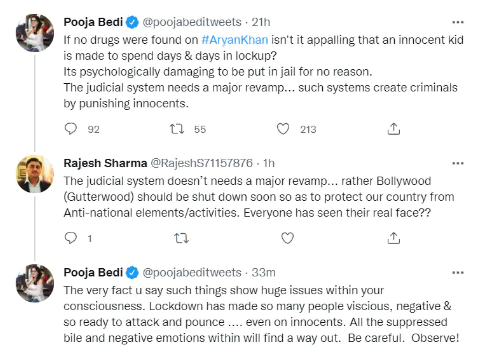 Aryan is being investigated by the Narcotics Control Bureau (NCB) in a drug-related case. He was arrested after a raid on a cruise ship, is currently in Arthur Road jail. According to sources, Aryan has been detained based on WhatsApp chats and no drugs were possessed by Aryan. A special NDPS court in Mumbai has reserved order on his bail application till October 20.