Last week was a disaster for Ranu Mondal, the singing sensation who rose from rags to riches a month back. She was an internet sensation a few weeks back but she became a butt of all jokes and an inspiration for memers when her make-up pics went viral. No one spared her and she was the ridiculed for getting such a make-up done to lighten her natural skin tone. 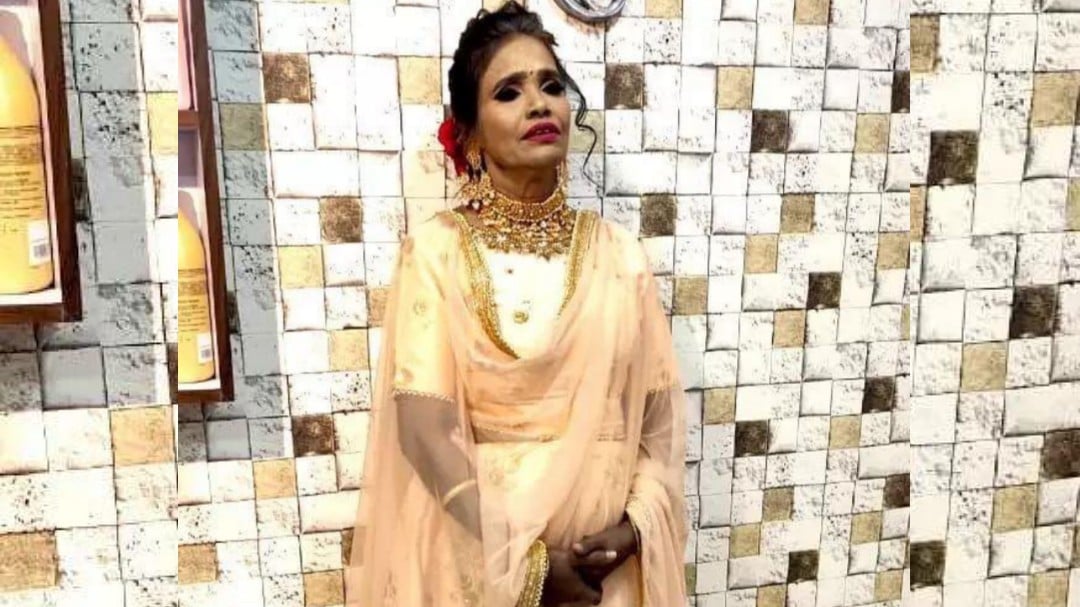 Recently, Mondal was invited to an event where she was given a complete makeover. With bright make up and a fancy hairdo, she looks nothing like she did in the first video that surfaced of her. However, as it turns out, most of the photos that had been circulated of Mondal after the event had been fake.

The make-up artist behind the extreme makeover, too, faced the brunt of social media users who felt that the former should have taken Mondal’s age into consideration. Because, of course, beauty standards in India dictate that older women should only dress according to what the society deems fit for their age. However, the make-up artist in question has decided to come forth with the truth.

On their official Instagram page, Sandhya’s Makeover, the make-up artist shared the real photograph of Ranu Mondal, post her makeover.

As you can see, this is the difference between the work that we have done and the ‘Fake’ picture that has been edited to an extent. All the jokes and trolls are fine and they make us laugh too but to hurt someone sentiments, that’s not a very good thing to do. We truly hope that you all will understand the truth and realise the difference between the fake one and the one that is genuine. That’s all we ask for.

BB13: Mahira Sharma’s Shocking Transformation From Taarak Mehta Ka Ooltah Chashma To Naagin
Vidya Balan Shares Her Casting Couch Story, Says A Director Insisted To Meet Her In A Room
Virat Kohli & Anushka Sharma Fast For Each Other On Second Karwa Chauth: Pics Inside
Tara Jay Bhanushali And Her Nani’s Precious Moment Together Is The Cutest Thing You Will See Today