A versatile actor, outstanding performer, entertainer, an ideal husband, and so on. Yes! we are talking about only very energetic Ranveer Singh. Well, Ranveer always attracts his fans via his outstanding acting skills, Charming smile, and sometimes weird fashion trends. The actor always makes space in the heart of fans, especially among girls who want a life partner like him. This time Raamleela’s actor made headlines not for his weirdest outfits or fashion but due to his seminude hot body. 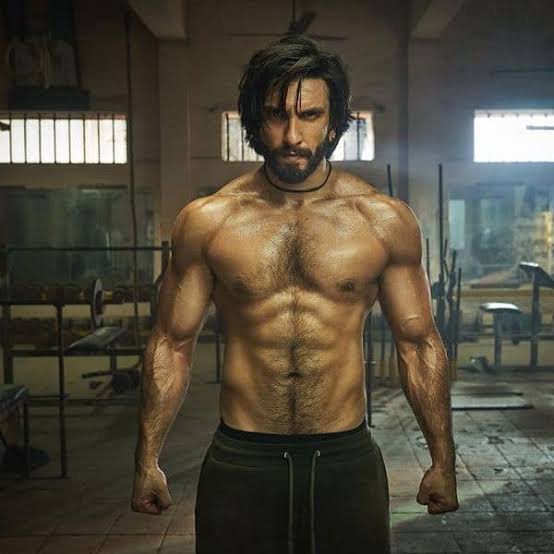 Ranveer increased the hotness over social media by posting his post-shower photos. The actor showing his well-toned abs with a sweaty body and intense look. The photos went viral and fans showered loved ones in the form of comments over it.

Here are the comments on Ranveer’s viral photos.
Please don’t do this to us.
Ranveer Singh. Our eyes can’t take it.
That look is making our hearts skip a beat.
The frame has set our screens on fire.
Right now, we are confused about what to look at – eyes or well-toned abs. 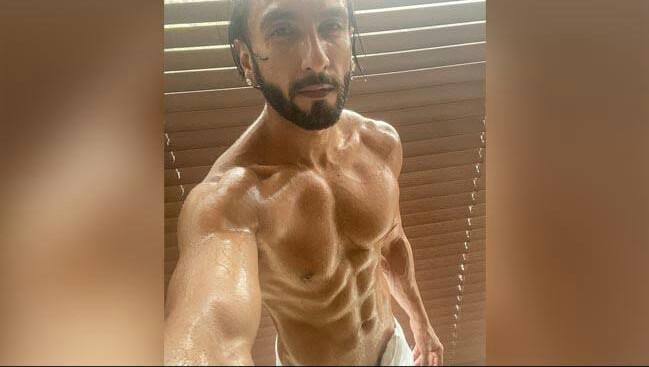 However, this does not end here. The B-Town celebs can’t resist them to react to Ranveer’s post. R Madhavan’s reaction was the best. He asked, “Leh… “post-shower selfie” ka khitaab mujhse kitni baar cheenega bhaai? [How many times are you going to steal the best “post-shower selfie“ title from me?] Oh, Maddy, we feel for you here.  And, director-choreographer Remo D’Souza thinks it’s because of the film ABCD. Actor Maniesh Paul just gave up and wrote, “Main nahi khel raha [I am not going to play this game].” Pooja Hedge, Ranveer’s co-star in the upcoming film Cirkus, referred to his character in the film and wrote, “Towel gir raha hain, Pammi. Dhyaan rakhna [The towel is slipping, Pammi. Be careful]”. 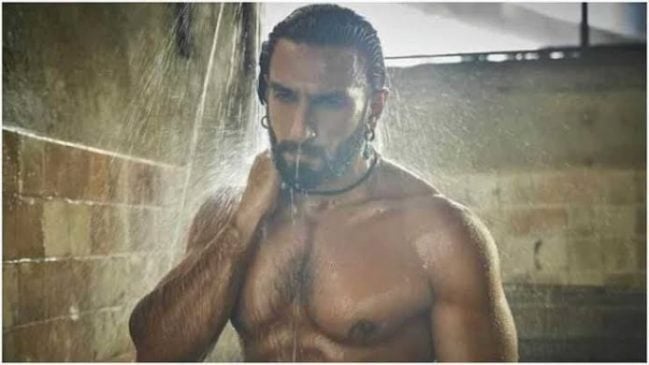 Well, whatever is the reason, we are just busy admiring the picture at the moment.  Ranveer Singh’s selfie moment spread like wildfire on the social media platform. While posting a photo the actor calls it his “Monday motivation”. He wrote in the caption, “Nobody handed me nothing brah.” Ranveer Singh allowed us to take a look at his shower time. Do we need to say anything else?

Apart from his upcoming projects like  ‘83, directed by Kabir Khan, Sooryavanshi, and Rocky Aur Rani Ki Prem Kahani, the actor can be seen in his new TV show The Big Picture in colors.