Actress Shilpa Shetty went through a hard time when her businessman husband Raj Kundra got arrested in an alleged case of producing and distributing pornoraphic content. After this unfortunate incident, there were rumors that the actress might end up divorcing Kundra. But seems like the couple has strongly sailed through the tough times. 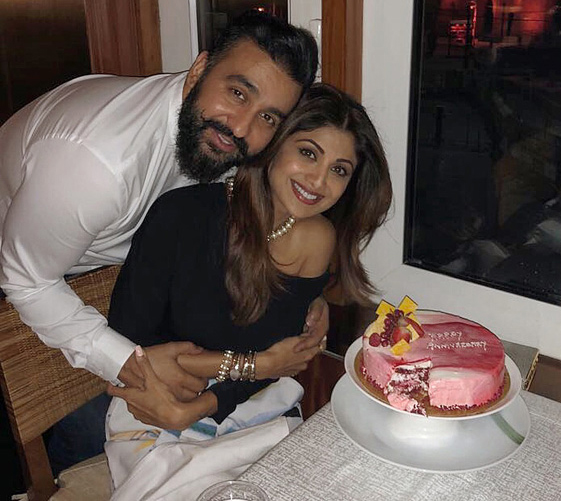 The two are celebrating their 12th wedding anniversary on Monday. On this eve, Shilpa has shared a collage of pictures from her wedding ceremony with a long note that put all separation rumors to rest.

Wishing Raj on their anniversary, Shilpa penned, “This moment and day 12 years ago, we made and continue to fulfill a promise; of sharing the good times & bearing the hard times, of trusting in love & God to show us the way… side by side, day by day. 12 years and not counting… Happy Anniversary, Cookie! Here’s to many more rainbows, laughter, milestones, and our prized possessions… our children. Heartfelt gratitude to all our well-wishers, who have been with us through thick and thin…#12Years #promises #commitment #marriage #faith #family #gratitude #blessed.”

The pictures take back to the time when Shilpa donned a red silk saree along with matching jewelry during her wedding with Raj who wore a matching sherwani, turban, and Sehra. The two are seen performing the rituals as per Hindu tradition. The couple later became parents to two kids- 10-year-old son Viaan Raj Kundra and 1-year-old daughter Samisha. For Samisha, Shilpa opted for surrogacy.

Raj’s arrest on July 19 along with 11 other people caused a stir in the life of actress Shilpa Shetty and her family. Things began to normalize when Kundra was granted bail two months later by a Mumbai Court in the case on a surety of Rs.50000.

Since the time Raj got out on bail, he has been maintaining a low-profile life. The only time he made a public appearance is when the couple recently visited Himachal Pradesh for a religious trip. They were seen at some pious temples in the state. Earlier, Shilpa was spotted visiting the Vaishno Devi shrine in Jammu while Raj was in jail.