Sonu Sood Ace The Human Flag Position Like A Pro And Flaunt It With A Video On Instagram.

Sonu Sood, on Wednesday, left his fans awestruck by sharing a throwback video of himself from his gym diaries. The clip features Sonu Sood acing the human flag position on a pole like a pro.

The 48-year-old actor, who is known for his humanitarian efforts during the coronavirus pandemic, can be seen sporting a printed tee and black shorts in the old video. “#throwback #humanflag,” he wrote in the caption of his post, which his fans flooded with comments such as “wow” and “oh my god.” Sonu Sood’s fitness trainer Yogesh dropped several fire icons in the comments section and gave the actor the perfect title: “Flying beast.” 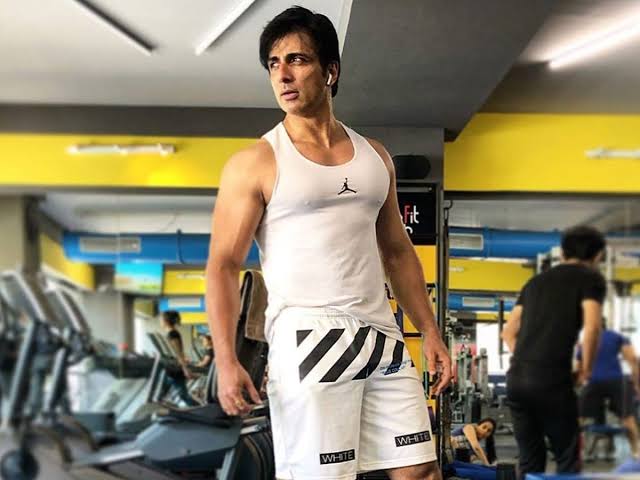 Sonu Sood’s son Eshaan also reacted to his post with fiery emojis. Actor Siddhanth Kapoor commented: “Wow, wow.” Sonu Sood’s Instagram feed shows that he is a fitness enthusiast. Some of his videos from the gym will give you major workout goals.

Sonu Sood, who has featured in several Hindi, Telugu, and Tamil films, made his acting debut with the 1999 Tamil film Kallazhagar. He ventured into Bollywood with the 2002 film Shaheed-E-Azam. He has mostly played villainous roles in his films. Sonu Sood is best-known for his performances in movies like Dabangg, Arundhati, Netaji Subhas Chandra Bose: The Forgotten Hero, Yuva, Athadu, Jodhaa Akbar, Aashiq Banaya Aapne, Dookudu, Shootout At Wadala, Happy New Year, R… Rajkumar and Simmba, among many others.

Rashmika Mandanna Gets Trolled For The Underwear Ad: Check Out Why?