Vicky Kaushal’s Lust Stories Co-star Kiara Advani Is Not Invited To His Wedding, Here’s What She Revealed!

Bollywood actors Vicky Kaushal and Katrina Kaif are set to tie the knot in the most way on December 9. The duo has set a list of rules that needs to be followed at their nuptials. Secret codes, non-disclosure agreements (NDAs), 100 bouncers, and no contact with the outside world, the star-studded affair will surely be one of its own kind. As the nation waits to see the adorable duo getting hitched, there are many who want to know about the guest list at this private ceremony.

Initial reports suggested that Shershaah star Kiara Advani is one of the invitees to the lavish wedding. However, now, in a recent interview, Kiara has broken her silence on the same. She has revealed that she hasn’t got the invitation to Vicky-Kat’s wedding till now.

In a chat with Aaj Tak, Kiara was asked if she’s aware of Vicky-Katrina’s wedding and whether she’s invited or not. To this, Kiara replied, “Really? Suna toh hai par pata nahi, mujhe toh invite nahi kiya.( I have heard about it but don’t know, I’ve not been invited.)” 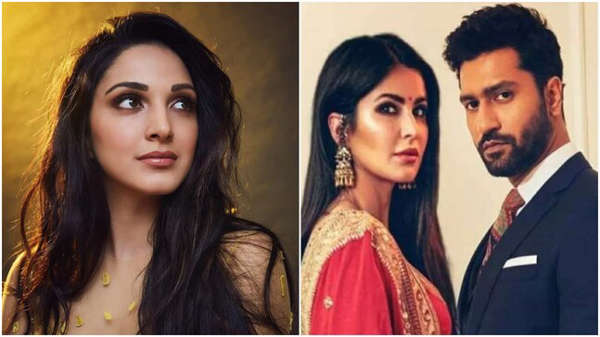 Although Vicky and Katrina are maintaining silence over the reports of their wedding, many stars from the entertainment industry have given fuel to the speculations. Recently, Vicky’s neighbor Krushna Abhishek confirmed that the wedding preparations of the adorable couple are in full swing. He was also heard extending his best wishes to Vicky and Katrina.

On Friday, outfits by designer Falguni and Shane Peacock were reportedly delivered at Katrina’s house. It sparked rumors of the actress donning the designers’ outfit for her big day with Vicky. Katrina’s close friend, Anaita Shroff Adajania also was seen arriving with a set of clothes at Katrina’s house.

Vicky and Katrina will be flying to Jaipur on December 5 and later, will take a helicopter directly to the venue to avoid getting photographed. The wedding ceremonies are expected to roll out from December 7. The tentative guests list includes names like Kabir Khan, Mini Mathur, Ali Abbas Zafar, Shashank Khaitan, and many more.