When it comes to saree fashion, Vidya Balan has proven that there’s no one quite like her. With her magnificent saree choices, Kangana Ranaut has shown her love for this traditional Indian wear and she leaves no occasion to make it look elegant and classy at all times.

She made heads turn by her slaying saree look with printed tiger motifs which she paired it with thick gold loops. The printed tiger motifs with a striped number in pink and green tones add to her beauty. She tied her hair in a neat bun and her make-up was subtle with kohl-rimmed eyes and brown lips that gave an everlasting impression. 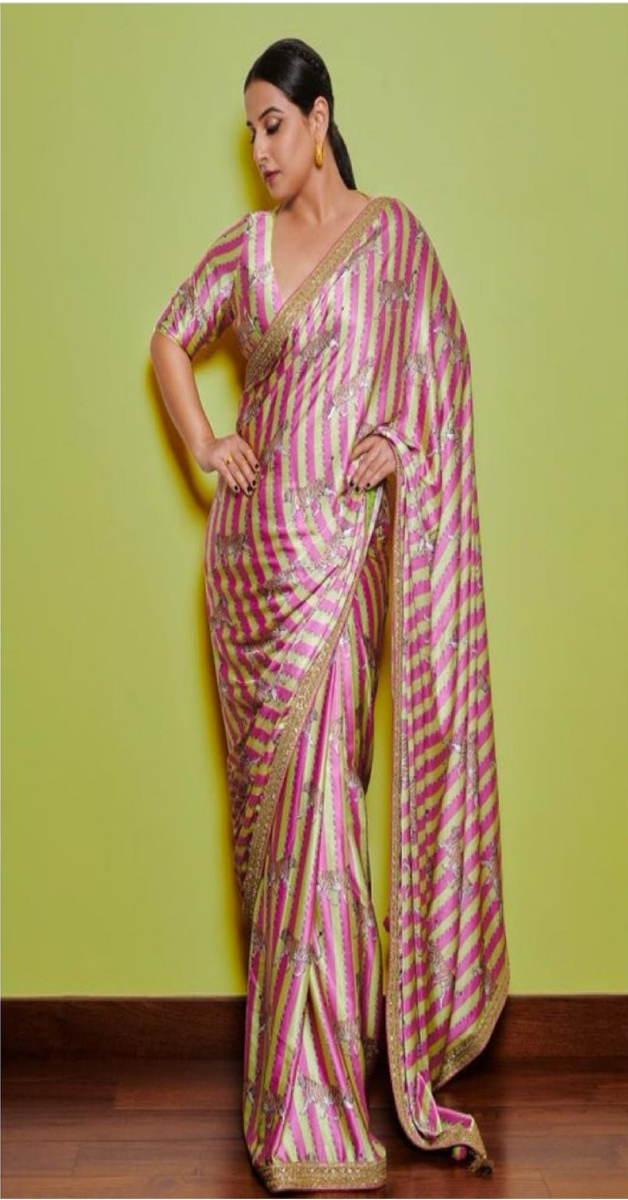 Taking to Instagram, Vidhya wrote in her caption, ” Sherni loves her stripe “, Her saree style is luxuriant, which she always pulls off with elan. A lot of people including Journalist Archith Seshadri was impressed with the ensemble and left comments on the post.

Vidya Balan is a leading star in Hindi cinema. She made her Bollywood debut through the film “Parineeta (A Married Woman)”, for which she received a Filmfare Award for best female debut. Her bold roles in the film ‘Paa’, ‘Mission Mangal’ and ‘The dirty Picture’ took her to the heights of fame. 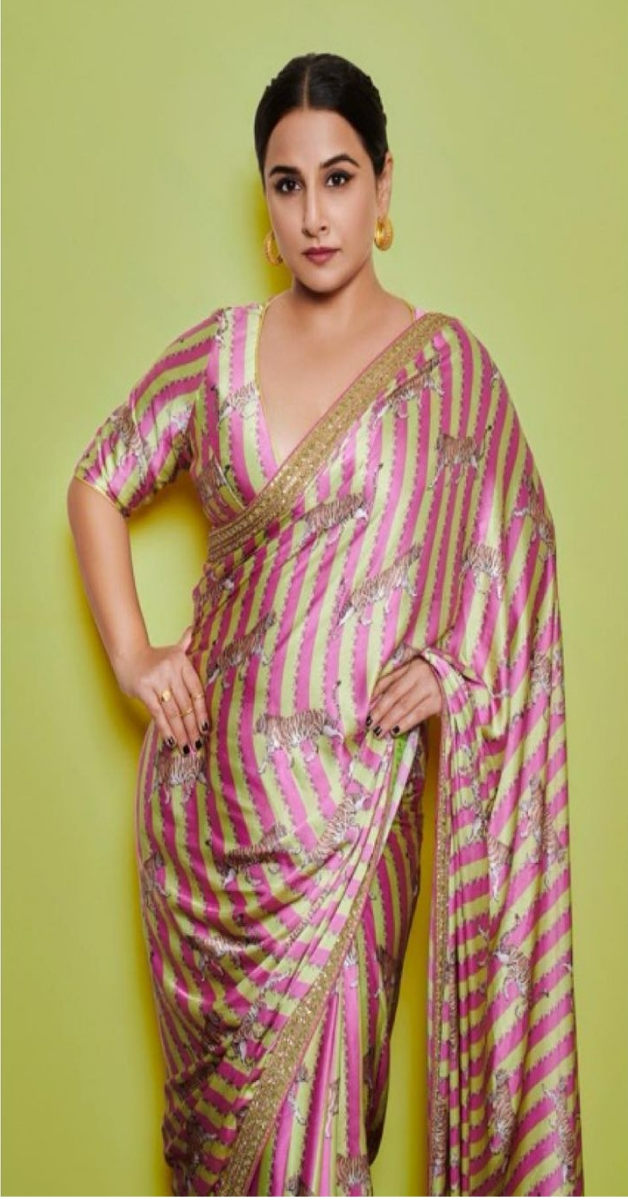 On the work front, Vidya will be seen “Sherni” The film will see Vidya Balan as an upright forest officer who battles the social barrier set by the patriarchal society and lackadaisical attitudes within her department. The film also features Neeraj Kabi, Vijay Raaz, Sharat Saxena, Mukul Chadda, Brijendra Kala and Ila Arun in supporting roles.

Also, the Academy of Motion Picture Arts and Sciences announced that the actress has been invited to join their organisation along with powerful producers like Ekta Kapoor and Shobha Kapoor. The Academy also acknowledged her fabulous performances in Tumhari Sulu and Kahaani.