Vijay Deverakonda appears to be relishing every bit of work that comes his way. The actor is now filming his much-anticipated feature, Liger, in the United States. During the session, Vijay Deverakonda enjoys horseback riding. VD posted on Twitter, sharing a stunning photo of himself riding the horse, “I adore horses and aspire to acquire one soon.” 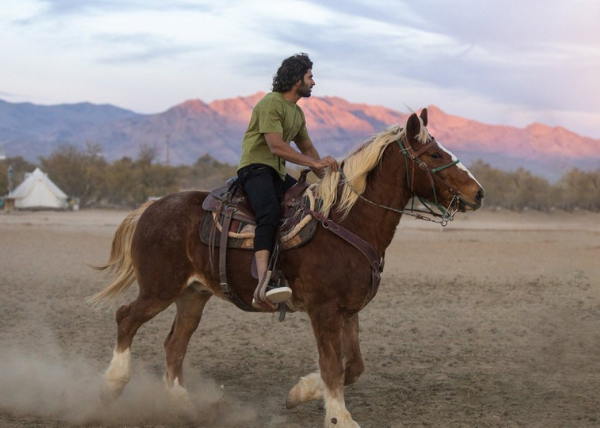 This picture of a gorgeous scenery deserves to be framed. Meanwhile, since the film’s announcement, Mike Tyson’s role in it has been the buzz of the town. The team is currently preparing for a crucial match against Tyson in Las Vegas. On the sets of Liger, the mood is stated to be absolutely joyful and upbeat. Mike Tyson appears alongside Vijay Deverakonda, Puri Jagannadh, Ananya Pandey, and Chermme Kaur in a new working style shared by the film’s producers. They all appear to be ecstatic.

I love horses, I want one of my own. Soon 🙂#Liger pic.twitter.com/nS4pVRZY73

Liger marks Ananya Panday’s Telugu film debut, as well as Tyson’s Bollywood debut. Mike Tyson will make a cameo appearance in the Vijay Deverakonda-starrer Liger, according to producer Karan Johar. Pictures from the sets have surfaced, showing Vijay, Ananya Panday, and others posing with Mike Tyson. 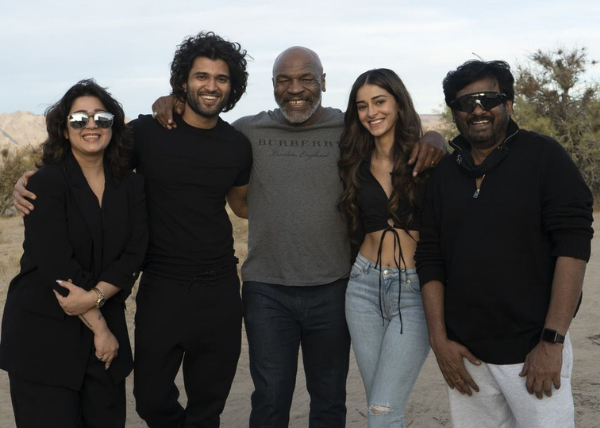 Vijay is said to be playing a stuttering mixed martial arts fighter in Liger. In order to prepare for his role, the actor took mixed martial arts classes in Thailand. In association with Puri connects, the film is being produced jointly by Karan Johar’s Dharma Productions. The project has the support of Puri Jagannadh, Charmme Kaur, Karan Johar, and Apoorva Mehta. Vishnu Sarma is the cinematographer for Liger, and Kecha from Thailand is the stunt director.

In the film, Ramya Krishnan and Ronit Roy play pivotal parts. The film will be released in Hindi, Telugu, Tamil, Kannada, and Malayalam. The film was supposed to be released on September 9th, however, it was postponed owing to the new coronavirus pandemic.