Music composer, Vishal Dadlani never steps back from putting his point of view across on social media. And he is at it again. The musician has recently broken his silence on Kangana Ranaut’s controversial comment on India’s Independence of 1947. Kangana remarked India’s Independence of 1947 as ‘bheek’  and not freedom. This has irked many of the nationalists, politicians, celebrities, and Dadlani is one of them.

Giving his reaction to the ongoing controversy, Vishal shared a post on Instagram to ‘remind’ Kangana about India’s freedom fighters ‘so she never again dares to forget’.

Vishal shared a picture of himself wearing a t-shirt with Bhagat Singh’s portrait on it. While sharing the photo, he wrote, “Remind the lady who said our Independence was ‘bheekh’. The man on my t-shirt is Shaheed Sardar Bhagat Singh, atheist, poet-philosopher, Freedom Fighter, son of India, and son of a Farmer. He gave his life for our freedom, for India’s Independence at age 23, and went to the gallows with a smile and a song on his lips.”

“Remind her of him, of Sukhdev, of Rajguru, of Ashfaqullah, and all the many thousands of others who refused to bow refused to beg. Remind her politely, but strongly, so she never again dares to forget”, he added. 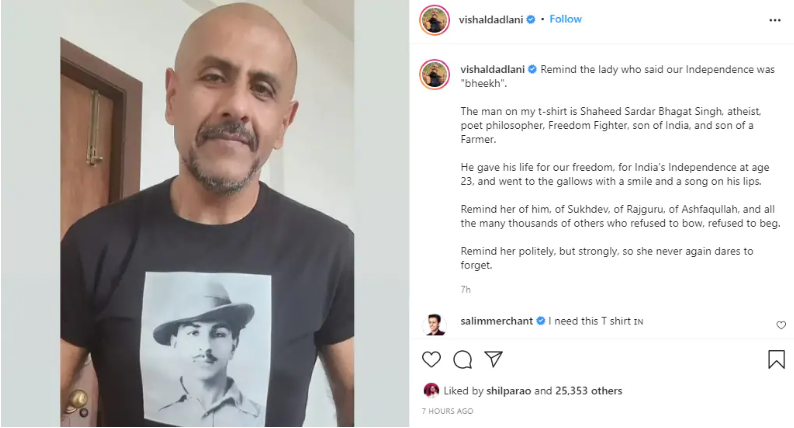 The post received many reactions including music composer Salim Merchant’s comment that can be read as, “I need this T-shirt.” Television actor and singer, Amit Tandon wrote in the comments section, ‘Rockstar’.

Coming back to Kangana, the actress is still firm on her statement. She took to her Insta Stories and asked, ‘which war took place in 1947’. She also said that she will return her Padma Shri and apologize if anyone could prove her wrong. 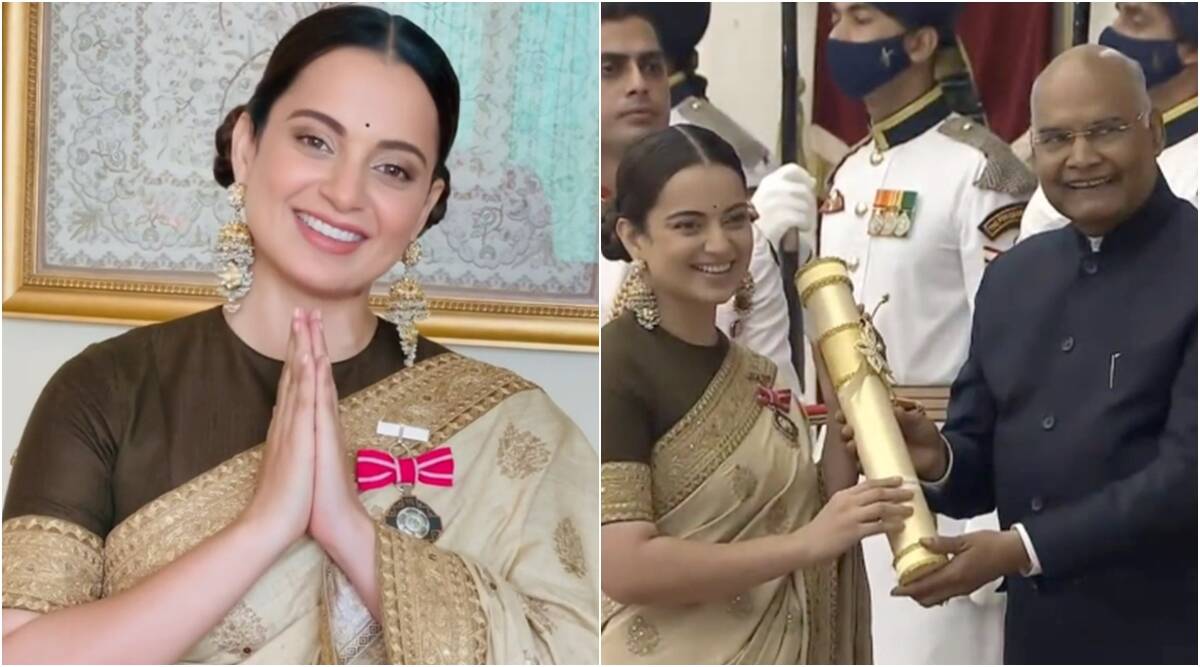 She penned, “Just to set the records (sic) straight… 1857 first collective fight for freedom along with sacrifice of greats like Subhash Chandra Bose, Rani Laxmibai and Veer Savarkar ji … 1857 I know but which war took place in 1947 I am not aware, if someone can bring to my awareness I will give back my Padma Shri and apologise also… please help me with this.”

Many politicians are demanding Kangana’s arrest immediately. At many places, Kangana’s effigies are being burnt and protests are also going on against the actress.