Dia Mirza remains in headlines for her personal life. Now Dia Mirza and Vaibhav Rekhi are celebrating their first wedding anniversary on 15 February.

Expressing happiness on this occasion, the actress has shared a video. In the video, the actress could be seen performing her wedding rituals. This video has been shared by the actress on her official Instagram handle. 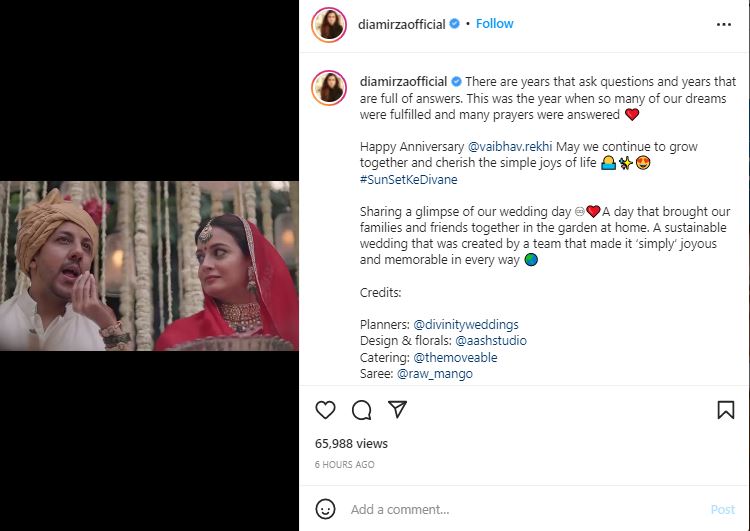 Sharing this video on Instagram, she wrote, “it was a year that asks me many questions and a year that is full of answers. This was the year when many of my dreams were fulfilled and many questions got answered. Happy Anniversary Vaibhav Rekhi. May we keep moving forward together and celebrate the simple joys of life like this”. She further wrote, “Sharing a glimpse of our wedding day is a day that has brought our family and friends back to the garden of our house”. Let us tell you that after a few months of marriage, she posted the news of her pregnancy on social media. At the same time, she has given birth to  Avyaan Azaad Rekhi in May last year. 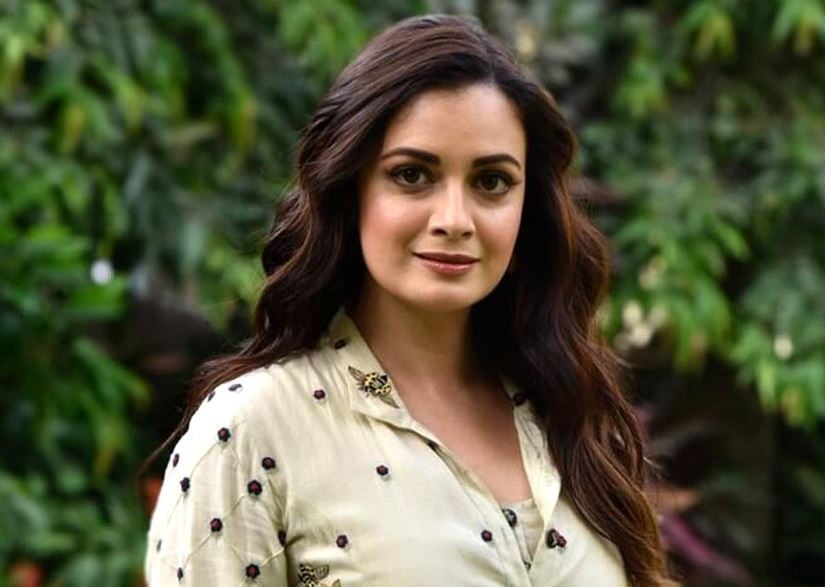 Let us tell you that Dia Mirza won the title of Miss India Asia Pacific in the year 2000. After this, she made her debut in Bollywood with the film Rehna Hai Tere Dil Mein. R Madhavan played the lead role with her in this film. After this, she has shown her acting skills in films like Deewanapan, Tumko Na Bhool Payenge, Parineeta, Munna Bhai and Krazzy 4. Recently, she was seen working in South’s superstar Nagarjuna’s film Wild Dog.