What! Kangana Ranaut Was ‘Upset’ With Priyanka Chopra: Find Out The Reason!

Priyanka Chopra and Kangana Ranaut worked together in 2008, film Fashion, directed by Madhur Bhandarkar. Kangana Ranaut even admitted to being starstruck by her back then. In recent months, however, it seems as if their relationship has soured after Kangana publicly attacked Priyanka over her political views. 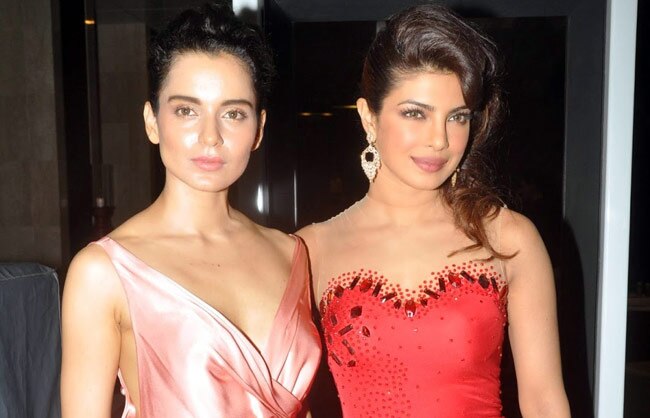 Priyanka Chopra and Kangana Ranaut worked together in Fashion

On Friendship day, here’s tracing the evolution of their relationship, which went from Kangana Ranaut saying that Priyanka Chopra knows her ‘better than any journalist’ to calling her a ‘secular puppy’.

However, in 2018, Kangana appeared to be upset at Priyanka, who didn’t inform her about her engagement to singer-actor Nick Jonas. At a fashion show, Kangana joked about Priyanka’s betrayal. DNA has quoted her saying, “Acha? Woh meri bahut achi dost hain unhone mujhe nahi bataya toh fir main khafa hun.( Really? She is a close friend of mine and I am upset now that she didn’t tell me about it.)” 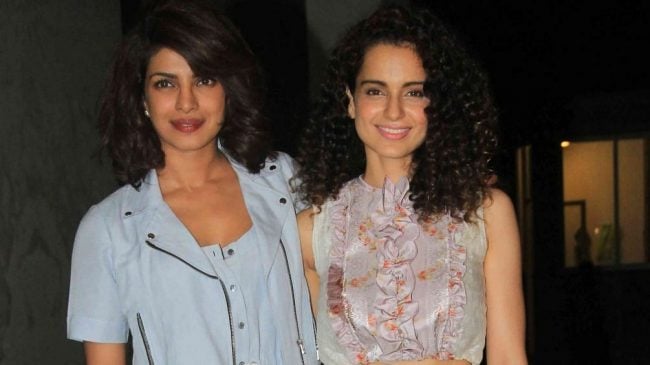 In an October 2020 interview, with a leading daily, on the 12th anniversary of Fashion, Kangana recalled, “Priyanka is fabulous. She is somebody who back then also when I was 19 and she was such a big star. I was so starry-eyed because when I was in school, that time I have been watching her films and here I was in my initial years. She was so cool. She didn’t treat me like a kid or a junior. I felt like she is a friend, who shared food with me and asked me questions like ‘how do I look? Is this Ok? how this dress is looking?’ So I didn’t feel like she is my senior and she is such a big star. It was a nice feeling that she has that ability, it’s wonderful.” 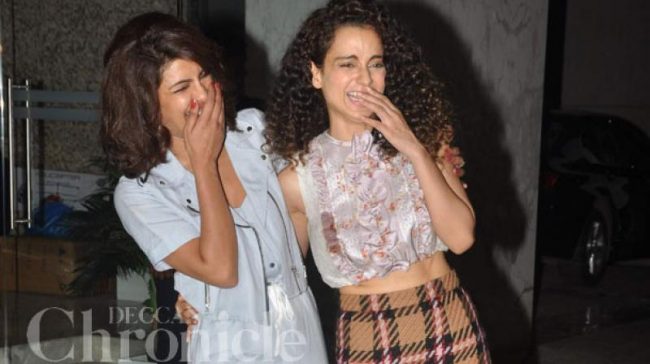 Kangana and Priyanka Chopra were friends since the Fashion movie

Things turned for the worse during the 2020 farmer’s protests when Priyanka put out social media posts in solidarity with the protesting farmers, and Kangana accused her and Diljit Dosanjh of misleading the public. She also called Priyanka ‘a secular puppy.’ She wrote, “People like @diljitdosanjh and @priyankachopra will be hailed by the left media for misleading and encouraging farmers protests….”